If you are in Bangkok and would like to see a lady bare her breasts then check out BKFC 4 this weekend. If Tai Emery wins then she might just do her trademark celebration.

The Australian made headlines all over the world when she jumped up onto the ropes and bared her breasts to the crowd following her knockout win at BKFC 3. She finished Thai opponent Rung-Arun Khunchai in the opening round and decided a celebration was in order:

Welp, thats one way to celebrate a win. Welcome to BKFC! 🙈👀

“Interesting celebration, haven’t seen that one before” pic.twitter.com/cWT5TeUo1X

The Australian is based in Phuket and has been training for this fight at Southside MMA with ONE Championship stars Nat Wondergirl and Noelle Grandjean. She has also spent time at Tiger Muay Thai and Bang Tao Muay Thai.

Emery is a real character who competed in the Lingerie Football League before turning her attention to combat sports. She has 134,000 Instagram followers and was already a star before her celebration at BKFC 3 went viral.

But that moment made her an online sensation and was covered by media all over the world. Since then she has regularly been receiving interview requests with people looking to learn more about the 35 year old’s life story.

Emery told Talk Sport it was difficult to get a sponsorship deal with a gym because she believes they were put off by her online image. But having become an online sensation she has absolutely no intention of dialling down her next celebration.

Of course Emery will need to win the fight first in order to have something to celebrate. But the Australian demonstrated some impressive technique last time around and will be looking to show once again that she has the talent as well as the personality and the looks.

But if Emery does score another knockout win she says she will celebrate by doing ‘whatever I want’,

“My celebrations, as long as I’m KOing girls in the same technical fashion, I’m going to be doing whatever I want. Whatever I want!” 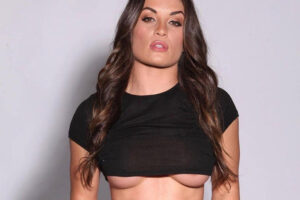 BKFC fighter gets breasts out after Bangkok win!