You would expect there to be a certain level of mutual respect between two seasoned veterans like Takafumi Otsuka and Hiromasa Ougikubo. That clearly isn’t the case with the former accusing his Rizin 30 opponent of being ‘boring as f**k’.

They meet in the quarter finals of the bantamweight Grand Prix at Rizin 30 this month. Otsuka does not sound impressed at all by the opponent’s win in the opening round,

“After my fight with Ogikubo was confirmed I watched his last fight and it was boring as f**k.” 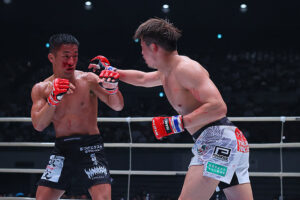 The 35 year old did not pull any punches when assessing his own career prospects. He sees this tournament as the last step on a road that begun when he made his pro debut in 2006,

“I’m not popular enough to be a star, I’m here because its a tournament. This will be my last shot on the big stage, that’s why I am giving it all for this fight.”

They say ‘you can’t teach an old dog new tricks’ but Otsuka doesn’t subscribe to that school of thought. He has been training at some different gyms in order to prepare for this fight,

“I’m on the last stretch of my career which is why I’ve started to cross train, meeting new people and learning new things.”

But at this stage of his career Otsuka acknowledges that his style is unlikely to change,

“I don’t finish fights in an impressive way, my style is to win tough, grueling fights. I can’t run from tough situations.”

He is expecting another war of attrition at Rizin 30 but Otsuka admits that even his friends and family are expecting him to lose this fight,

“95% of the people around me think Ougikubo is going to win but you just wait and see,” he said.

It is refreshing to hear a fighter talk with such blunt honesty although Ougikubo might not appreciate some of the comments. Otsuka knows his opponent is expecting to secure a semi final berth but he has other ideas,

“I am the ditch on the road and he’s going to fall in it.” 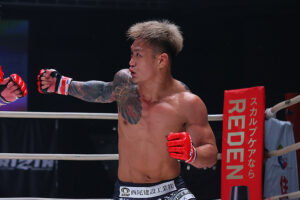