One of the most eagerly awaited kickboxing fights in recent times went down on Sunday when Takeru finally faced Leona Pettas in the main event of K’Festa 4 day 2 at the Nippon Budokan.

This was third time lucky for the bout after it was postponed due to a hand injury for Takeru and then a surge in Covid-19. With both fighters known for their aggressive, hard hitting styles it looked set to be a classic and on the night it didn’t disappoint, becoming an early contender for fight of the year.

The excitement level in the stadium went up a notch or two when, just before the main event started, Tenshin Nasukawa entered the arena and took his seat ringside. That is the fight fans want to see  and his presence possibly put a little bit of pressure on Takeru to really perform.

The fight had Takeru’s K-1 super featherweight title on the line and started with both fighters testing each others defenses with some stinging low kicks. Takeru looked to stalk forward a little more early on. Midway through the round the fight exploded to life as both planted their feet and unloaded with hard punches.

There was a short delay as Pettas was given time to recover from a stray low kick to the groin, but both went straight back at it, firing in more hard punches. Pettas looked sharp, aided by a few centimeters of height advantage, but Takeru looked really up for the fight and came back in with some heavy counters.

Towards the end of the round Takeru landed with a hard left hook, Pettas came back with a hard counter shot, but shortly after Takeru connected with a lightning fast left hook that dropped Pettas to the canvas.

Takeru pushed forward in the second, but looked composed as he looked to try and finish Pettas. It looked like Pettas had recovered well as his range saw him again land with a few sharp shots, but Takeru planted his feet and opened with with raw power, dropping Pettas for another count.

Pettas gallantly tried to fight on, but taker caught him again with a hook followed by a hard overhand right that sent Pettas face first to the canvas and the referee called off the fight.

The co-main event was also a wild, dramatic fight with K-Jee defending his K-1 Cruiserweight title against Sina Karimian. This was the fourth fight between them, with K-Jee stopping Karimian in the opening round to win the title back in November last year.

The fight started with both coming in with hard shots midway through the round K-Jee dropped Karimian twice for counts with some clubbing shots and proceeded to chase Karimian around the ring for the rest of the round, trying to finish him off.

Somehow Karimian held on and towards the end of the round K-Jee started to look like he had punched himself out and looked badly rocked just before the bell as Karimian started to minus a comeback.

In the second round K-Jee started strongly, having recovered a little energy during the break, the round wasn’t long underway when Karimian unleashed a fast spinning backlist that crashed into the jaw of K-Jee dropping him to the canvas. The referee saw K-Jee was unable to continue and called off the fight, with Karimian regaining his title in dramatic fashion. 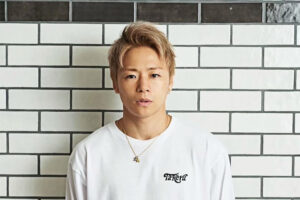 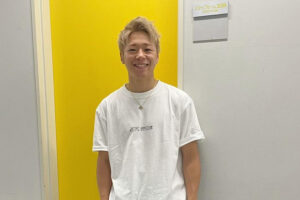 Takeru shows off his parkour skills