Fans at the Yokohama Arena were treated to a thrilling display of Kickboxing in the main event of K-1 World Grand Prix 2019 where Japanese superstar Takeru Segawa faced Yuta Murakoshi.

Takeru is the star of K-1, with three tournament championship wins at different weights. He only has one loss on his record which came very early in his career. He came into the bout as the favorite against Yuta, a rising star of the Japanese scene and the 57.5kgs tournament champion.

Yuta has decision points losses on his record against Takeru’s biggest rival for the number one pound for pound spot in Japan, Tenshin Nasukawa. He started the fight with his right leg heavily strapped up around the knee and Takeru attacked the leg with some fast low kicks. 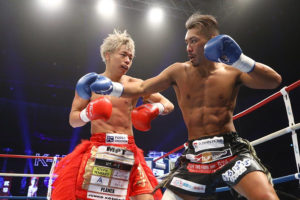 Yuta looked content to trade back with a few probing low kicks of his own at first, but a short way into the round a heavy body kick from Takeru knocked him off his feet. Yuta started to open up more himself, catching Takeru with a solid kick.

Takeru was the one making the fight though, pushing forward with his trademark aggression and Yuta looked to try and pick him off with fast counter shots.

In the second Yuta started well, landing a heavy, southpaw kick to the body of Takeru and using some slick footwork and a fast jab to keep Takeru at distance. Takeru soon landed with a hard right, snapping Yuta’s head back and slowly started to come to life, opening up and landing with some solid punches in the second half of the round.

Takeru pushed forward again at the start of the third round opening up with some heavy straight rights to the body. Yuta looked to keep moving and countering with the left body kick. 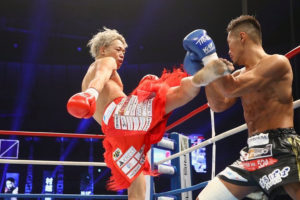 Takeru landed with a sharp left hook and rocked the head back of Yuta again with another superbly timed straight right and started to get through with more sharp punches and some hard kicks and explosive long knees, stalking forward and backing up Yuta throughout.

Yuta managed to land with a sharp punch combination with a minute to go and followed in shortly after with a push kick to Takeru’s face. Takeru kept pushing forward though and finished the round strongly, opening up with barrages of hard hooks and straight rights.

There was a puzzled look on Takeru’s face when the scores were announced and the second judge scored the bout a draw, but both the other judges scored the fight in Takeru’s favor. He took the win by way of majority decision with the scorecards reading 30-29, 30-29 and 28-28, 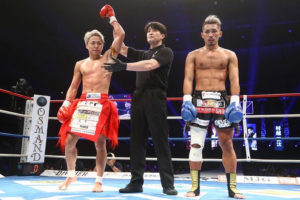 The other highlight of the show was an eight man featherweight tournament, featuring four Japanese fighters and four from the rest of the world. In the end Yuki Egawa needed just three rounds to win the entire tournament.

In his first fight he deposed of Jorge Varela of Spain with a vicious left hook to the body. In the semi-final he stopped Arthur Meyer with a spinning back kick to the body with both finishes coming in the opening round.

In the final he defeated Thai fighter Jaosuayai Ayutthayafightgym in the opening round with another devastating left hook to the body. Egawa needed a total of just four minutes and ninety one seconds to win the entire tournament. 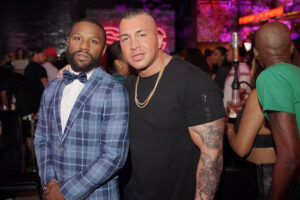