A bantamweight fight has been added to the Shooto 1220 card. Takumi Tamaru faces Daiki Tsubota in Osaka on December 20th.

Tamaru (11-2-1) challenged Tatsuya Ando for the Pacific Rim bantamweight title at Shooto 0801. He was stopped in the opening round and saw his four fight winning streak snapped.

The 24 year old will be looking to bounce back with a win over Tsubota (7-7-3). The 32 year old is riding a three fight winning streak and is coming off a submission win over the experienced Naohiro Mizuno at Shooto Force 12.

As previously announced the Pacific Rim lightweight title will be on the line at Shooto 1220. Yu Tanaka faces Shutaro Debana in Osaka on December 20th with the vacant strap up for grabs.

The other fight in the card is a catchweight contest set for 73kgs. Yota Hayashi has been matched with Yamato Nishikawa. 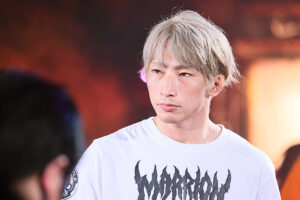