It seems like a long time since Timofey Nastyukhin burst onto the scene by knocking out Eduard Folayang with a flying knee at ONE: ‘Warrior’s Way’ in 2014.

The Russian’s route to a title shot has been far from simple. Nastyukhin has had several setbacks but will finally challenge for the belt at ONE on TNT Part II which is being broadcast next Wednesday (US time).

He feels that now that the time has finally arrived no-one can questions his credentials,

“There have been many ups and downs, many surgeries, big fights, and big victories, and now I’m more worthy than anybody else to fight for this belt,” the Russian says. 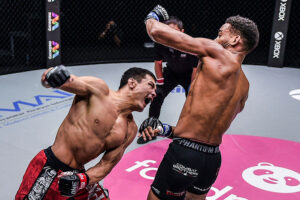 He is nine years older than Christian Lee and feels that his ‘time has come’ to be the champion,

“Christian Lee is still very young. His time will come in the future. For now, he should give way to me. My time has come.”

Nastyukhin was not expected to beat Folayang, let alone silence the fans in Manila by knocking their hero out cold. He feels he will be an underdog against Lee and it is a role the Russian embraces,

“I’m used to fighting as an underdog, my whole career is built on this. When there’s a big challenge in front of me, when there’s a champion in front of me or someone with better ratings, it actually motivates me more and lights a fire under me.” 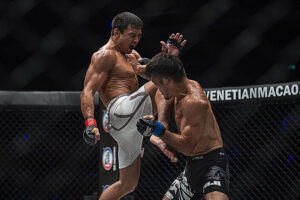 Lee tends to finish fights fast as Shinya Aoki and Iuri Lapicus discovered to their cost. Nastyukhin knows he is going up against a ‘dangerous’ opponent,

Nastyukhin knew his fight against Pieter Buist at ONE: ‘Inside the Matrix’ part II was a title eliminator. He has already set his heart in winning the belt and says it was an ‘emotional’ experience,

“I was full of emotions after. I was mentally prepared for the title fight and lived with it in my head,” he said. 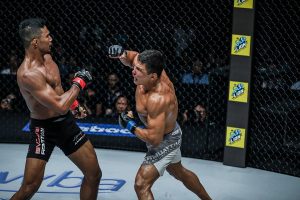 His reward for that decision win is a shit at the champion and it sounds like Nastyukhin has been doing his research,

“He’s a very young and explosive opponent. He’s very ambitious. I have a lot of respect for him that’s why we specifically train to face him. We have studied him. We’re going through his work and doing everything to minimize this risk.”

He has to beat Eddie Alvarez and Buist in succession, overcoming a serious knee injury in between those two wins. Nastyukhin has earned his title shot the hard way and is full of confidence as he approaches the biggest fight of his career,

“To fight for the belt gives me even more motivation and confidence. With God’s will, I’ll be able to win it.”