Ulka Sasaki wasted no time following his last fight in the UFC to ink a new contract with Rizin where he will make his debut on New Year’s Eve against Manel Kape.

Sasaki spent the past four years competing in the UFC in the flyweight division but all signs are pointing towards the elimination of the 125lbs men’s weight class, which means a lot of the fighters are suddenly being released.

For his part, Sasaki is admittedly excited for the chance to go home to Japan to fight in front of a home audience again but still hates seeing the flyweight fighters lose their jobs because the UFC is no longer planning on promoting their division,

“I think Rizin is the best MMA promotion in Japan and also, I am very happy about being able to fight in front of my hometown fans,” Sasaki said just after inking his new contract. 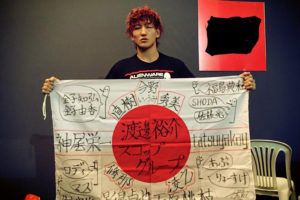 The good news for Sasaki is that Rizin will promote fighters around his weight class and he still has an opportunity to face some of the best mixed martial artists in the world while competing in the Japanese promotion.

Perhaps the name at the top of that list is Rizin bantamweight Grand Prix winner Kyoji Horiguchi, who just recently signed for a fight against Bellator bantamweight champion Darrion Caldwell on the same card at New Year’s Eve in Japan.

Sasaki isn’t going to start calling out Horiguchi right now because he wants to prove himself in Rizin first so he can deserve a showdown with him in the future.

“Rizin has some of the best fighters at flyweight/bantamweight. And, I think, my upcoming opponent, Manel Kape, is very tough and wild,” Sasaki said. “But I need to beat fighters like him so the fans would be convinced that I should be fighting Horiguchi.” 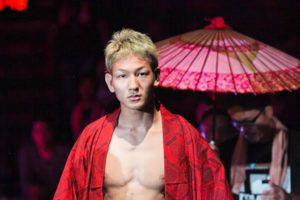 At the end of his run in the UFC, Sasaki was often bouncing back and forth between wins and losses, which was obviously frustrating.

Over his past six fights, Sasaki rode a roller coaster of ups and down with high profile wins against fellow new Rizin signee Justin Scoggins and then suffered a first round submission defeat to Alexandre Pantoja in his most recent fight.

Sasaki knows consistency is the key to success and he hopes to get the momentum going now that he has a new fighting home in Japan. With more and more flyweights exiting the UFC these days, Sasaki would also like to see at least a few of those top 125lbers join him in Rizin because that’s only going to help the level of competition for everybody competing in the promotion,

First things first, Sasaki will prepare for his Rizin debut on New Year’s Eve in Japan against Manel Kape.