Victoria Lee is back in high school. Like many children she has spent several months distance learning but the 17 year old was recently reunited with her classmates,

“Going into my senior year, they decided that it’s not going to be (online) learning anymore. So we go to school, but we wear a mask, and in class, it’s six feet apart.”

It is a strange situation for school children but Lee’s idea of what constitutes normal is very different from your average teenager. She regularly flies to Singapore to compete in professional MMA bouts, not something most high school children would contemplate doing. 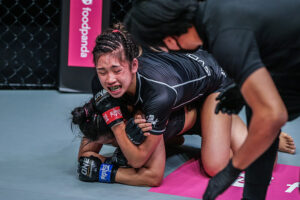 Coming from a family of fighters this is just the normal routine for Lee who says she is able to combine her fighting commitments with her school schedule,

“Having to juggle school and training isn’t so bad. Similar to my first fight, I was also in school (and) it was online but I was able to fit it into my schedule, just like I’m doing for this fight.”

She faces Victoria Souza at ONE: ‘Revolution’ this month. Lee describes the undefeated Brazilian as ‘talented’,

“I have been able to watch some of her past performances. I think that she is a talented fighter, and she is up-and-coming. She’s on a five-fight winning streak.” 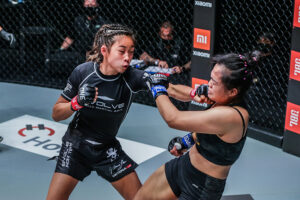 The teenager is less experienced than her opponent but Lee has won two ONE Championship fights already and is used to taking on more experienced fighters,

“I have faced opponents with better records than me in my debut fight and my second fight. I feel like our styles match up well, and it’s going to be a good fight for me.”

Lee was just 16 when she signed for ONE Championship. She came in for a lot of criticism from netizens who thought she was too young to be making her pro debut.

For Lee the best possible way to silence the haters would be with the third win of her ONE Championship career,

“Definitely, I will finish off this year 3-0. And I feel like my actions, my record, and how I perform in my fight will speak for itself against the people before who were negative about my age and being in the sport. It shows that I have the skills needed to be competitive in this sport.” 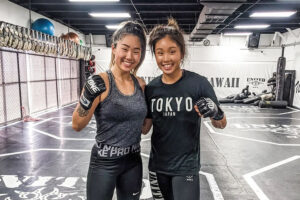 Angela Lee and Victoria Lee back in training 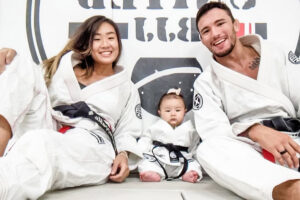