Tofiq Musaev: ‘You are dealing with death on a daily basis’

Tofiq Musaev has been out of competitive action since winning the Rizin lightweight Grand Prix on New Year’s Eve in 2019. But the Azerbaijani has been involved in some battles of a more serious nature, serving his country’s military during the clashes with Armenia that saw multiple casualties on both sides.

Speaking in a recent episode of Rizin Confessions Musaev confirmed that his military service was no publicity stunt.

“I enlisted in the military and headed to the battlefield. War is like a movie but its all happening for real, you’re always dealing with death on a daily basis, seeing friends die left and right. It was a very tough experience.”

Musaev has not fought for 18 months but acknowledges that many fighters have found themselves in similar situations,

“The pandemic affected us all globally and my country had to go through very hard times.” 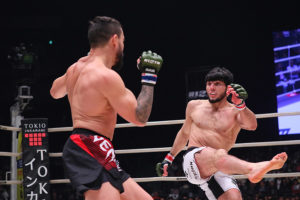 Few of them had to serve their country in an actual war and the 31 year old will be glad to go back to doing what he does best this week. Musaev faces Roberto de Souza at Rizin 27 on Sunday in a bout that will have the promotion’s inaugural lightweight title on the line.

Having experienced first hand the uglier side of combat he is excited to engage in an actual MMA fight for the first time since Rizin 20 in 2019,

“I want to show you a beautiful fight, the two of us can show all the aspects of professional (MMA) in this fight. Lets put together a great fight that will get the fans on their feet.”

Musaev was not paid promptly for winning the lightweight tournament and at one stage he was on the verge of leaving Rizin to sign with another promotion. But the relationship was mended and he has been in regular contact with the promotion throughout his recent layoff,

“I was kept up to date with messages from Japan while I was gone and felt the love and respect.”

On Sunday Musaev will be representing Azerbaijan in the traditional sporting sense. He says the ‘love and respect’ from Japan is reciprocated and his is proud to be a Rizin fighter,

“It is a mutual feeling. I come to Japan to show my respect and to fight for my country, myself and for Rizin.” 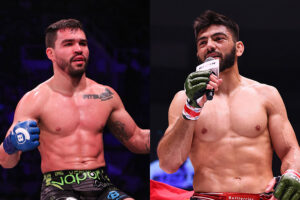