Yusaku Kinoshita has signed with the UFC and will face Adam Fugitt in Seoul. The Japanese welterweight earned his contract after impressing on Dana White’s Contender Series.

Kinoshita (6-1) enjoyed success as an amateur in Japan before turning pro. He has fought for Pancrase, Deep and Rizin and the sole defeat of his career was self inflicted.

At Rizin Trigger 1 he celebrated wildly after knocking out Ryuichiro Sumimura with a stomp. But replays showed he had clearly grabbed the cage while throwing the strike and the 22 year old was subsequently disqualified.

Fugitt (8-3) suffered as stoppage loss on his promotional debut. He was stopped by Michael Morales in the third round at UFC 277.

Kinoshita earned his spot on the UFC roster with another KO win and this one was legitimate. On DWCS in August he finished the previously undefeated José Henrique in the third round.

Now THAT'S how you bounce back from an eye poke! 🤯

The UFC has still not confirmed the event in Seoul on February 4th but two fights appear to have been booked for that card. Reliable sources are reporting that Ji Yeon Kim will be taking on Mandy Bohm.

The card at the Olympic Gymnasium in Seoul looks set to be stacked with Korean fighters and the other matchup currently on it is in the light heavyweight division. Da Un Jung and Devin Clark are set to face off with the latter fighting in his homeland for the first time since 2019.

While the promotion has not officially confirmed the event it is an open secret that there will be a show at the Olympic Gymnasium on February 4th. It would be the UFC’s first event in Korea since 2019. 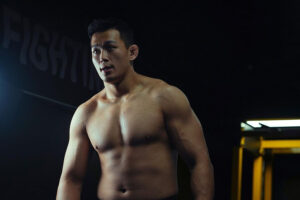