Yuya Wakamatsu was not surprised when he got the call to face Reece McLaren at ONE on TNT Part III. In fact it was a fight the #4 ranked Japanese flyweight had specifically asked for,

â€œI was hoping to fight against Reece McLaren. I requested his name. I want to say thank you to ONE for making this matchup,â€ Wakamatsu says.

They say that styles make fights and the BJJ black belt probably won’t want to get in a striking war with Wakamatsu. That poses a potential problem for the 26 year old but he is confident he will get to showcase his standup skills on Wednesday (US time),

â€œHe is a well-rounded athlete, but mostly his strong point is grappling. I donâ€™t care which colour of BJJ belt McLaren is because, inside the circle, both of us have to show striking, not only grappling and BJJ.â€ 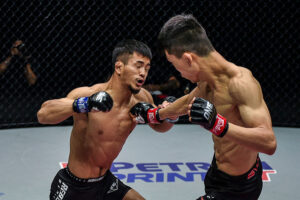 Wakamatsu is riding a three fight winning streak that includes KO wins over Kyu Sung Kim at ONE: ‘Inside the Matrix’ Part II and Geje Eustaquio at ONE: ‘Dawn of Heroes’. He thinks McLaren will be anxious to avoid getting in standup exchanges but is confident the KO will eventually come,

â€œReece will be trying to avoid my striking, so maybe he is coming to take me down. I will try to give him the pressure, defend his takedowns, push him, and eventually I will showcase my striking skills with a finish.â€

Wakamatsu also feels that the Australian has a tendency to lose his composure when things aren’t going according to plan. He wants to ensure that is the case on Wednesday, 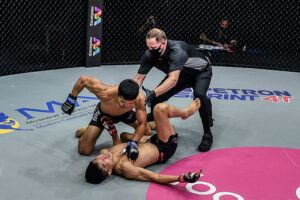 He got the opponent he wanted so Wakamatsu is understandably feeling good about life. The ‘Little Piranha’ is in a relaxed frame of mind and doesn’t sound like he is feeling any pressure ahead of ONE on TNT Part III.

â€œI feel very excited for my fight. Usually, I think about the fight too much, but for this one, I am more relaxed than usual,â€ he offers.

A win over a ranked contender would make Wakamatsu a contender for the title. With Adriano Moraes knocking out Demetrious Johnson at ONE on TNT there are more eyes on the flyweight division than ever but Wakamatsu is taking it in his stride,

â€œI am looking to showcase my skills in this fight. Iâ€™m just trying to be natural.â€