Singapore’s Amir Khan has been on the scene for a long time but he’s still only 26. The Singaporean is coming off a stoppage win in his last fight and feels he has rediscovered his killer instinct,

“I hadn’t gotten a KO in a while. It’s definitely a good feeling to get that killer instinct back. I knew I had it deep down within, I just had to get it back. Sometimes you know you have it, but you have to show it to yourself.”

Khan faces Dae Sung Park at ONE: ‘Collision Course’ Part II this Friday. The Korean has never been accused of lacking ‘killer instinct’ and the former lightweight title challenger is intrigued by this challenge,

“It’s a good matchup. Me and my coach accepted the fight right away and created a game plan.” 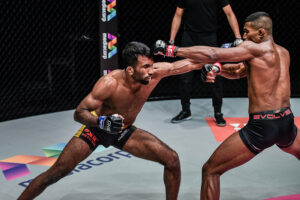 Khan thinks he will have to bide his time before an opportunity arises to use that ‘killer instinct’,

Khan promised to employ a patient strategy and certainly won’t through caution for the wind looking for the type of finish that he has found hard to come by in recent years,

“He’s going to come out strong in the first round and then get a bit tired, a bit lethargic. But I’m not going to go for the kill. I’m just going to have fun, pick my shots, pick him apart, and stay loose. I’m going to keep on the offense, and I believe the knockout will come, but I will not look for it.” 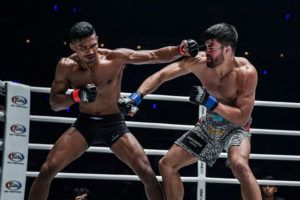 Khan already fought for the title once, he was beaten by Eduard Folayang in 2018. He is currently unranked but hopes a win over the Korean could help him climb that lightweight ladder,

“Park has three wins in ONE Championship. He’s a good name. So if I get another good win, another dominant finish, that will set me up for going against one of the top contenders in 2021,” he said.

While he has big ambitions for 2021 the Singaporean is not overlooking his next opponent. Khan knows he will have to be at the peak of his powers if he wants to overcome Park,

“I’m just going to get through Park first, focus on him, and the rest will come later. He’s dangerous and I don’t want to underestimate him.”

Khan is a veteran of 19 ONE Championship fights. He has been a force in the lightweight division for several years and will be looking to break into the top five by making it back to back wins on Friday.