Anthony Do is coming off an impressive first round submission win over Hui Liang at ONE: ‘Full Blast’. The American, who is of Vietnamese descent, needed less than four minutes to finish the Chinese fighter with a triangle choke.

Having dropped a decision to Lito Adiwang at ONE Warrior Series 7 he got his career back on track with an emphatic win and Do is looking to build on that momentum in 2021,

“Because of the pandemic, I was lucky that I was able to get a fight and get into such an important fight. I want to keep that momentum going and build off it,” he said. 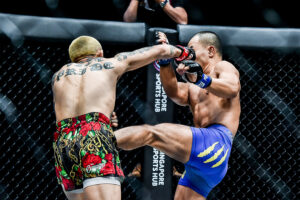 Do is not currently ranked but he was coming off back to back wins over URCC atomweight champion Fritz Biagtan and former Zst flyweight champion Ryo Hatta heading into his OWS 7 fight. The 30 year old is looking to work his way through the ranked strawweights now,

“My plan currently is to stay busy. If theyâ€™re in the strawweight division, I expect to fight them. It doesnâ€™t really matter to me whoâ€™s next.”

While the performance at ONE: ‘Full Blast’ could hardly have been more impressive Do feels there is much more to come,

“The next time fans see me perform, they should expect to see Anthony Do at a whole other level. They saw me make my debut in ONE Championship, and I did okay,” he said. 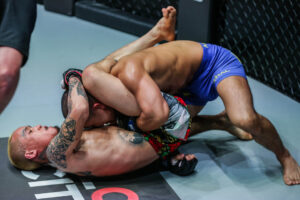 Most fighters would have been delighted to feel their opponent tap but Do said he was just starting to enjoy himself when it happened,

“Iâ€™m pretty critical of myself. I feel like I didnâ€™t even get to show everything. When I was really getting into my groove, the fight ended. I wrapped up the triangle, which is fun and Iâ€™m happy with it, but I donâ€™t feel like Iâ€™ve ever really performed at my highest level.”

Do is a blur of movement inside the cage. He is constantly changing angles and says this unconventional style is the key to his success, 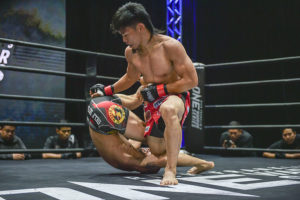 We did not get to see it at ONE: ‘Full Blast’ but he claims to have exceptional stamina,

â€œI feel like Iâ€™m pretty well-rounded as well. I donâ€™t get tired. Iâ€™m working on my wrestling at AKA and if you do get me to the ground, Iâ€™m very comfortable there, as you saw in my last fight.

Seven of his eight wins have come inside the distance and Do thinks this will make him a fan favourite with ONE Championship,

“A lot of my fights are finishes, and I know thatâ€™s something that people want to see.” 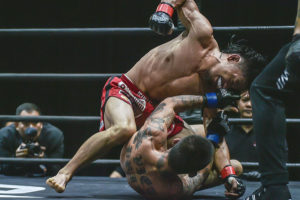 Having made his amateur debut in 2012 Do has a decade of competitive experience. Two of his four career losses came at the hands of fighters currently on the ONE Championship roster and he would like the opportunity to avenge them,

“I donâ€™t have anybody in mind that I want to fight next. Iâ€™m just looking forward to fighting everybody (but) two of my losses are to some of the top fighters in that division. Those are rematches I want to get back against (Lito) Adiwang and (Ryuto) Sawada.”

Do is already aiming to challenge the champion. But more than anything he is excited to test his style against the top strawweights,

“I think Pacio is a great champion and Iâ€™d love to fight him one day, but if youâ€™re in the division, Iâ€™m going to fight you at some point because my goal is the belt but I just donâ€™t want the belt. I want to fight the best fighters and test myself against everybody, all the different styles.”