In 2019 Bibiano Fernandes fought Kevin Belingon for the third and fourth time. The Brazilian won both, courtesy of a controversial disqualification and a quick fire submission.

Having beaten Belingon three times the reigning ONE bantamweight champion has made it very clear that he has no interest in a fifth fight. However there is one matchup that he definitely wouldn’t turn down,

“If ONE calls me and tells me I need to go up a weight class and face Martin Nguyen, I will be ready to fight him and bring the featherweight belt home.”

Fernandes held the Dream 145lbs title and he had to win a Grand Prix to do it. So the idea of him moving up in weight to become a two division champion is not as outlandish as it sounds.

The Brazilian beat Nguyen in a bantamweight title fight. But it was a very close contest which went to a split decision and he’s ready to accept a rematch and vie to become a two division champion in a second promotion,

“If ONE offers me this fight, I will be ready. It’s just a matter of sitting down to talk.” 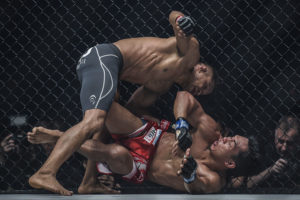 However he is not exactly bereft of options at bantamweight. Fernandes has not faced a Brazilian opponent since 2012 but he is eyeing up a title bout with a compatriot in the new year,

“I am not the kind of guy who asks for fights. I never was. I can fight anyone they put in front of me but there is John Lineker who just joined.”

Lineker made his name in the UFC before signing for ONE Championship. But there is another fighter on the bantamweight roster who Fernandes has been fighting alongside for the best part of a decade.

Yusup Saadulaev was competing on Dream cards at around the time Fernandes became a two division Grand Prix and title winner with the promotion. Both men signed for ONE Championship in 2012 but their paths have not crossed until now.

With Saadulaev coming off back to back decision wins over top contenders Fernandes thinks that could change in 2020,

“I would face Yusup Saadulaev for sure. He is a great fighter, he has very good wrestling and he defeated many good mixed martial arts fighters. It would be a great fight, no doubt.” 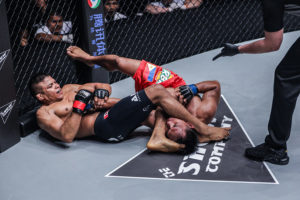 While Fernandes is not interested in fighting Belingon again he does want to help the Filipino and would welcome his former opponent if he ever wanted to train in Vancouver,

“It would be an honor and a pleasure to help him if he wants to come to Canada. He is young and has a lot to improve, but I am sure he will conquer big things in the future.”

Aung La Nsang and Martin Nguyen have both moved up in weight to claim a second ONE Championship title. It’s something Fernandes is also open to doing in 2020 but if the opportunity doesn’t arise he intends to continue dominating the bantamweight division,

“So far nobody offered this to me so I will keep wiping out the guys in my weight class.”