Yusup Saadulaev has been signed to ONE Championship since 2012. He has remained one of the better bantamweights on the roster without ever putting together the sort of run of results that would earn a title shot.

It is something the Russian is very aware of. At ONE: ‘Dreams of Gold’ last week he beat a former title challenger. But that matchup only occurred after original opponent Shuya Kamikubo pulled out with an eye infection.

After his decision win over Dae Hwan Kim the veteran is hoping he will get another chance to lock horns with Kamikubo,

“I believe that beating Kamikubo in the future gets me a title shot, and I hope it can happen by the end of this year.” 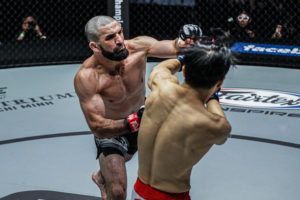 Saadulaev is a BJJ black belt and he was able to use his grappling to nullify the threat posed by Kim, a former bantamweight title challenger. However he says the last minute change of opponent did pose him a few problems,

“It affected my weight. I found out only one night before the official weigh-in that my opponent had an eye infection and would not fight,” he said.

Saadulaev was told that a new matchup was in the making but thought it would be impossible to find a suitable calibre of opponent at such late notice,

“I didn’t believe that ONE would be able to find someone in good form and on weight at such short notice, so I allowed myself to relax and ate a bit too much that day – then I had a little problem with making weight.” Next up for Saadulaev is a few days on the beach,

“I have taken a week off to stay in Phuket to sleep, eat, and sunbathe. Then, I will go to Moscow and Makhachkala back to coaching work.”

But the 34 year old still has his sights set firmly on Kamikubo,

“I will be pushing for my fight with Kamikubo. I would like it to happen before the end of this year so I hope I can start training for it in the autumn.” 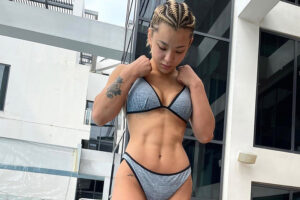