Bob Sapp continues to taunt Mike Tyson from Phuket. The two men were in talks to face one another in an exhibition boxing match but the K-1 and Pride veteran was ultimately replaced by Roy Jones Jnr.

Sapp is still bitter about it and has been calling for a fight with Tyson from his adopted home of Phuket. Having released a homemade video last week he took things to the next level at a boxing stadium in Rawai.

With Full Metal Dojo promoter Jon Nutt egging him on he got the entire crowd to abuse Tyson:

The crowd had probably turned up to Rawai Boxing Stadium expecting to see some regional Muay Thai fights. But instead they found themselves watching a 300lbs former kickboxer and mixed martial artist calling out one of the best heavyweight boxers of all time.

Sapp even got the crowd to engage in a bit of participation with a back and forth. He had the fans in attendance calling Tyson a ‘chicken’ and a ‘punk’. Whether the heavyweight boxing legend will find out about this, let alone be upset remains to be seen.

Tyson does still have a temper on him as we saw recently when he assaulted someone on aeroplane. But in defence to the former heavyweight world champion the person in question was acting like a complete idiot and clearly deserved to be assaulted.

Sapp seems to have enjoyed the publicity he generated by calling out Tyson last week. The 48 year old looks in incredible shape and appears to be training  more seriously than he was towards the end of his career.

Sapp has lost 14 out of his last 15 MMA fights and 15 out of his last 17 kickboxing bouts. He didn’t seem to train too seriously for some of these contests but has decided to reinvent himself as he approached his 50th birthday.

Sapp’s biggest fights have taken place in Japan and he is a huge star there. He isn’t quite as well known in the US having rarely fought there despite being a former NFL star.

These days Sapp is based in Phuket. It is a long way from Tyson’s current home in Las Vegas, which is not the one made famous by ‘The Hangover’ movie.

It remains to be seen whether Sapp’s insults will have any impact on a boxer living 9,000 miles away. But the K-1 and Pride star is clearly up for fighting the former heavyweight boxing champion of the world! 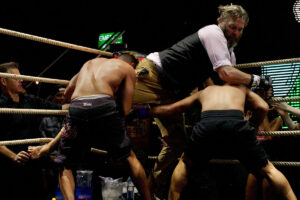 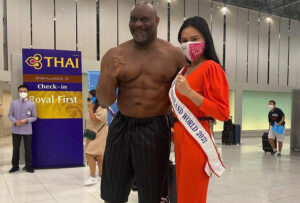 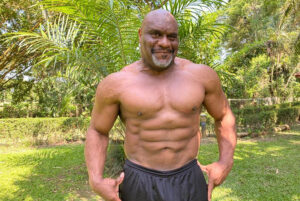