It’s been more than two years since Demetrious Johnson traded the UFC octagon for the ONE Championship circle. He’s won three straight since, winning the flyweight Grand Prix title in the process.

Having gone the distance with two of those opponents, the MMA icon has been left impressed with the standard of the competition he has faced since leaving the UFC,

“The talent pool in ONE Championship is stacked and the first three fights in ONE championship were very tough especially with that Grand Prix model, there’s a lot of stress on the body.”

Johnson believes that fighters from places like the Philippines and Japan have often been training for longer than their American counterparts, As well as being a one of the most successful champions in the history of the UFC, Johnson is exceptionally well-rounded. The 34-year-old boasts a record of 30-3-1 that includes 12 wins via submission and five via TKO.

On April 7th he faces Adriano Moraes at ONE on TNT. The Brazilian holds the flyweight title and  Johnson sees this as a significant test,

“Adriano Moraes poses a lot of problems. He’s a great grappler with unorthodox striking but I have been doing it a long time and all I can do is go out there and do my best. I’ve been in this game for a long time,” said Johnson.

‘Mighty Mouse’ is the #1 contender at flyweight, while Danny Kingad is ranked #2. He beat the Filipino in the final of the Grand Prix but Johnson thinks a rematch will happen eventually,

“I’m sure I’ll see Danny Kingad in the future, he’s young, he’s up and coming, he’s 24-years-old, so as long as he stays in the game he’s going to get better and if he works his way up I’d be happy to give him a rematch.” 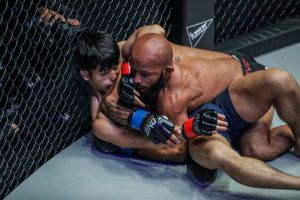 Greatest of all time

The title fight will headline ONE on TNT which is being broadcast live on prime time in the US. It means Johnson will be showcasing his talents in front of an American audience for the first time since leaving the UFC.

Should Johnson overcome Moraes and clinch the ONE flyweight title in April, then the argument for him being the greatest MMA fighter of all time will be strengthened further. As far as he’s concerned though, it’s best to let the performances speak for themselves,

“When it comes to the ‘goat’ talk there are so many athletes that have accomplished so many great things. I can’t say ‘I’m the greatest’ that’s (for) the community to decide I have dominated North America for six years, I was the champion, and now I’m in Asia trying to cement my legacy over here.” 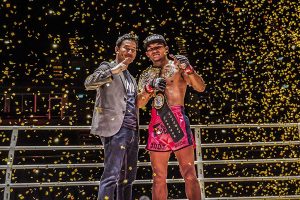 Rodtang Jitmuangnon eyeing up a kickboxing title ahead of ONE: ‘Fists of Fury’