So when the 38-year-old received a phone call nearly two weeks ago asking him to step in on short notice and replace the injured Brian Ortega, he didn’t need to think too long. As a result Edgar finds himself facing Chan Sung Jung in the main event of UFC Busan on Saturday.

With a few days to go before he goes head-to-head with ‘The Korean Zombie‘ inside the octagon Edgar explained why he was so willing to accept the featherweight match-up despite having a bantamweight bout against Cory Sandhagen booked this coming January,

“I heard that Brian was hurt, and I brought it up to my team and discussed it. Then we touched base and said, ‘If you need someone, I’m available.’ I feel like I was ready. My team liked the fight,” he said.

Edgar feels that at this stage of his professional career he has nothing to lose by taking these type of risks,

“Lately, I’m just about experiences. This is a good experience to have in my life. I’ve done a lot in this career. I’ve never taken a fight on two weeks’ notice across the country, so why not add that to the repertoire,” he said. 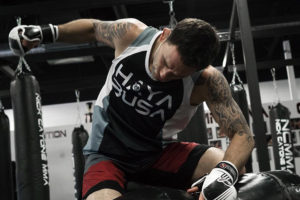 Although his sights are still set on making a transition to 135lbs, Edgar stressed that the offer to face Jung was an opportunity too good to pass up.

Edgar was originally supposed to square off with Jung in November, 2018 but the American tore his biceps in training and was forced to withdraw from the fight,

“The chance to finally face him played a part in my decision. I felt like we were very familiar with him. We were so close to fighting just a year ago, so it wasn’t that far off. We were supposed to fight, and I want to right that wrong,” he stated.

Edgar is glad that he got what he wished for but acknowledged the risk involved in facing an opponent of Jung’s calibre. The hometown hero has a big fan following due to his relentless style of fighting,

“I have my hands full with a guy named ‘The Korean Zombie.’ His fighting style is appealing to the fans, for sure, but to his opponents it’s a different story. I’m expecting a war. I’m preparing for war. That’s the kind of fighter I am. I’ve got to worry about December 21st. That’s what’s on my mind,” he said. 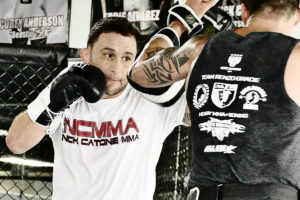 The UFC has yet to find a replacement opponent for Sandhagen. If all goes according to plan, Edgar will honor the original booking and duke it out with the rising bantamweight prospect on January 25th,

“I mean, hey, I’ll never say die. If it works out we’ll see what happens but the test in front of me is no joke. I know it will be a great fight with him. That’s first and foremost,” he explained.

He intends to eventually face Sandhagen regardless even if the schedule has to change,

“I’ve definitely been disappointed in this game quite a bit myself. I’m sure I’ll meet him (Sandhagen) down the road if not in January,” Edgar added.

Edgar reiterated that regardless of the outcome this weekend will be his last outing in the 145lbs division and he wants to end his six-year featherweight run on a triumphant note,

“After this, bantamweight is my next destination. Right now, I really don’t want to think about Cory or any fight in his division. I think I’ve got to worry about the ‘Zombie’ first. The goal is to win big in Busan, and then I can move on to the next assignment.”

Song Yadong was just 15 when he made his MMA debut