Han Zi Hao has already been beaten by the best bantamweight on the ONE Championship roster. He came up short against Nong-O Gaiyanghadao in 2019 but believes it was a valuable learning experience.

The Chinese fighter feels he benefitted immensely from that unsuccessful title shot at ONE: ‘Clash of Legends’,

“After the fight with Nong-O I’ve become much more relaxed facing other opponents. I’ve learned that blindly attacking is not smart, you have to use strategy and skills.” Nong-O landed kicks to the left side of Hao’s midsection for fun in that fight. It was a chastening experience for the Chinese fighter whose fight with Adam Noi will be broadcast this Friday.

Hao thinks he is in for a tough test against the French fighter at ONE: ‘Fists of Fury’ Part II,

“I’ve seen his previous fights. His fighting style is very powerful. He has got great Muay Thai skills, no doubt. I believe this fight will be a really tough one,” he said.

Both fighters have spent a lot of time training in Thailand and Hao knows what to expect from Noi,

“His strength is that he has a powerful fighting style and sometimes he delivers a deadly high kick. I must be careful on that one.” 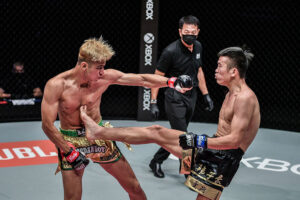 He has been the distance three times in his ONE Championship career, including that five round title fight with Nong-O, and Hao thinks this will give him an advantage,

“His weakness is that it seems like his physical strength is not that good, especially halfway through the second round and the third round, his power declines noticeably.”

However Hao doesn’t think the French fighter will make it to the third round,

“Either I will KO him, or I will get knocked out by him, but I won’t be knocked out, truth be told.” 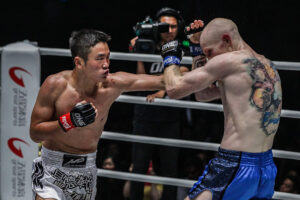 He got two fights in during 2020. That is more than most fighters managed but Hao is used to fighting every month in Thailand and didn’t enjoy the time off,

“Due to the pandemic, I haven’t had as many fights as usual, so I have to build up a strong mindset to stay energetic to give every fight my best shot in the ring.”

Nong-O is famous for his ability to work opponent’s out and adapt his strategy mid fight if necessary. It is something Hao has been working on and he wants to take a more thoughtful approach to Friday’s fight,

“He’s kind of aggressive and I prefer to stay cool. From now on I’ll let everyone see that Han Zi Hao is not only good at attacking but also strategy.” 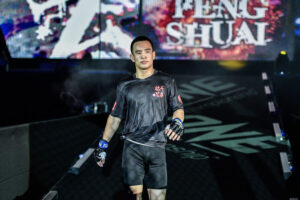