Sean Clancy is set to make his promotional debut in the main event of ONE: ‘A New Breed’ part II on Friday. The Irishman faces a tough test in his first fight in Pongsiri PKSaenchaigym, a former Lumpinee champion looking to bounce back from a recent run of defeats.

The Covid-19 pandemic has delivered unexpected opportunities to some fighters but a move to ONE was already in the pipeline for the WBC super lightweight champion. He has been waiting patiently and the opportunity has finally arrived,

“I had spoken with ONE for a while already but was waiting on some other contracts to finish. The pandemic gave me the opportunity to clear those contracts up and now I’m ready to show my skills on ONE.” 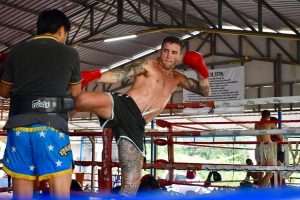 Clancy is determined to shine on what he feels is the biggest stage in the sport,

“I think it is the best place to be and they are giving fighters a bigger picture to work with and get themselves noticed around the world. I don’t just want to take part, I want to be the best and stand out and ONE is the promotion that gives me the best opportunity to do that.”

Clancy is in no doubt as to the scale of the task ahead of him. But he hopes Pongsiri’s aggressive approach will provide him with some openings,

“Pongsiri is a very strong, tough, aggressive opponent, he is a highly decorated champion and loves to come forward and get into a war. I think though his aggression can be a weakness, as I have found out myself. I will be looking to fight fire with fire, but in the right way. I am looking to use my aggression in a smarter way and not get drawn into a slugfest.” 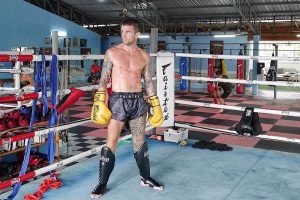 Clancy is no stranger to the smaller MMA style gloves. He participated in a Caged Muay Thai fight in his native Ireland and put in a performance that caught the eye of one spectator in particular,

“I first wore the smaller gloves on the Cage Kings show in my hometown of Cork in Ireland. John Wayne Parr, who was running the Caged Muay Thai shows in Australia at the time, was in attendance and I had a real war on the show. JWP loved the fight and invited me to fight in Australia and I ended up staying at his gym for three months and fighting there regularly.”

Although most fighters have felt some disruption due to the pandemic, Clancy has made sure he has stayed in good shape throughout and feels ready for the fight.

“I was due to fight in Australia before the pandemic saw that cancelled, but I kept myself in shape throughout, making sure I did my roadwork and strength and conditioning work. As soon as the gym was back open I was back working hard everyday and now I am in great shape. I feel I have improved a lot now and can’t wait to show everyone.”

Clancy always brings a strong mindset into his fights and believes that is what has kept him going during the dark days of the pandemic, when there were no fights on the horizon,

“I always kept going throughout, I strongly believe that every day is a new start and a new beginning and I won’t let anything get me down, or move me away from my goals.”

He can already tick ‘headlined a ONE Championship’ card off his list of life goals. For Clancy the challenge is to unlock the ‘beating a top tier Thai opponent’ achievement at the same time. 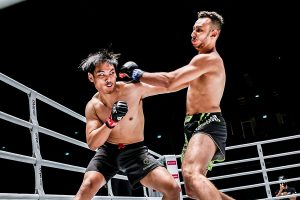 Local fighters shine at ONE: ‘A New Breed’ Part II