Jackie Buntan has been on the ONE Championship roster since 2019. The Fil-Am fighter has been patiently waiting in the wings but will finally get to make her promotional debut this month.

Buntan faces Wondergirl Fairtex at ONE: ‘Fists of Fury’ next Friday and says she had originally expected to be fighting last March making 2020 a tough year,

â€œI got signed to ONE around October 2019 and was set to debut March 2020 but that came to a big pause given the world pandemic. Iâ€™d say the beginning of the pandemic, I was still hopeful but two to three months into quarantine, motivation was lacking from not knowing if and when I will ever fight again.” 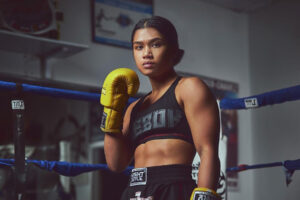 Buntan trains out of Boxing Works in California under Bryan Popejoy and is a stablemate of atomweight kickboxing champion Janet Todd. Both will be fighting on next week’s card and she says this has helped her stay focused,

“I know Iâ€™m a hard worker and can tap into discipline when motivation lacks so I relied on that. I stayed as consistent as I could to my training and my strength training. Having training partners that have that same drive as you definitely helps especially in a time that weâ€™re all in right now.”

Buntan says that seeing ONE Championship up and running helped her stay motivated even if she had to wait a long time to get the call,

“It wasnâ€™t until ONE had their first show since the start of the pandemic that it really shifted in my head to ‘okay this is still on, fights are happening and Iâ€™m going to remain hopeful that theyâ€™ll put me on a card’.” 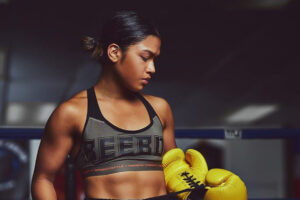 Her ONE Championship fight last year was cancelled at very short notice but Buntan knows that no-one could have predicted the extent of the Covid-19 pandemic,

“Itâ€™s a mixture of feelings, finally being able to fight on ONE, Having being so close to my original debut in March 2020 to have it canceled abruptly, two weeks before the show, it was a weird feeling because no one is to blame and it was out of everyoneâ€™s control. It has been quite some time since I was in a fight camp but I took that period to better my craft, sharpen my tools and heighten my IQ as a fighter. I am very excited to get on that world stage.”

Wondergirl represents a very stern test for Buntan who is confident she can pass it with flying colours,

“Iâ€™ve seen Wondergirl’s past two fights on ONE and another one from a few years back. From what Iâ€™ve seen, she likes to throw her hands a lot. Her past two fights didnâ€™t last long so I didnâ€™t get a full peek at her arsenal. I hope to show the world and ONE championship me as a whole, and what Iâ€™m capable of.” 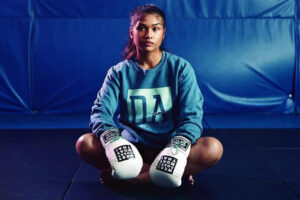 With plenty of time to prepare Buntan and her team have come up with a very specific game plan,

“I do have a game plan for this fight. My coach will always ask what my game plan would be and we work on tying both of our game plans together. You will have to tune in to watch the fight, I canâ€™t give too much away.”

Buntan has seen her friend and training partner Todd claim the ONE atomweight kickboxing title, beating a Thai opponent in her title fight. She will be competing in the strawweight division but would like to emulate her stablemate’s achievements,

“I am open to fight whoever in my division. Right now, Iâ€™m just happy to finally get to fight. My target in ONE Championship is to have gold around my waist, not once but twice. The Muay Thai and kickboxing title are two things I want.â€ 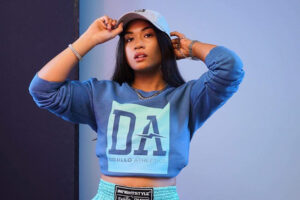 By beating Stamp Fairtex her teammate Janet Todd sent a strong message that fighters don’t have to train in Thailand to reach the pinnacle of the sport. Buntan feels she is representing her country and her camp and wants to have her hand raised at the end of next week’s fight,

â€œPeople can expect a technical fight from me. They will get to see American Muay Thai is coming up too.â€