James Nakashima wants to make an immediate impact in ONE Championship

Undefeated welterweight prospect James Nakashima knew it was time to take the next step in his career after winning and defending a title in one of the top regional promotions in the world.

Nakashima, a former junior college national champion wrestler, was the Legacy Fighting Alliance welterweight champion and that organization has notoriously graduated athletes to promotions like the UFC, Bellator and ONE Championship.

When Nakashima got the call that ONE Championship was interested in retaining his services, he was more than happy to accept as he prepares to take his career to the next level of the sport.

“I’m really excited. It was the best option that I had and I’m just ready for the next chapter of my life,” Nakashima said. “Legacy [Fighting Alliance] did everything they could do for me. Fighting all the top prospects and then getting the belt and defending the belt, I don’t think they could do anything more than that so it was just time to move on.

“I think ONE is a solid company so I’m excited for the next chapter.”

Nakashima isn’t getting an easy pass in his debut at ONE: ‘Conquest of Champions’ because he is going up against another undefeated prospect in Russian fighter Raimond Magomedaliev, who also has a perfect resume thus far in his career. 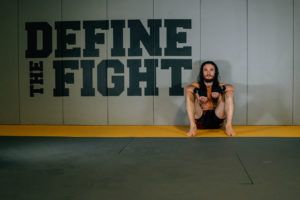 Most recently, Magomedaliev uncorked one of the craziest knockouts of the year when he finished his last opponent in just 17-seconds before earning his contract to join ONE Championship.

Nakashima knows this will be the toughest test of his career but he wouldn’t have it any other way.

More than anything right now, Nakashima just wants to stay active by competing as much as possible now that he has a new fighting home at ONE Championship.

Injuries have plagued a big part of his fighting career, stopping him from setting a regular schedule in the past. Nakashima hopes to change all that now while building momentum at the same time.

“I haven’t been able to fight three or four fights in one year since my first year that I turned pro,” Nakashima said.

“Now I just want to catch a little bit of a rhythm. I’m trying to be smarter about my training, being healthier and learning through the actual fighting.” 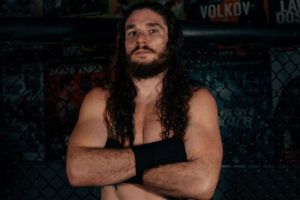 On Friday, Nakashima will look to get the ball rolling when he faces Magomedaliev on the main card from Manila.

The only thing on his mind right now is beating the undefeated Russian and introducing himself to a whole new audience of fans.

Long term, however, Nakashima has his sights set on the ONE welterweight title currently held by Zebaztian Kadestam.

“I keep [the belt] in my mind, but I’m not worried about that right now,” Nakashima said.

“Right now I’m just thinking about Raimond. This is a big fight for me. I’m totally focused on this fight. After this fight, we’ll figure out what the next step brings us. There is no other goal. I want to be a world champion in ONE.”