John Wayne Parr has signed with ONE Championship. The Australian had announced his retirement after beating Anthony Mundine in a boxing match.

However Parr subsequently had a change of heart. The Australian announced on Instagram that he has signed up for the ONE Super Series:

Happy to announce Johnny is back. During my last trip to Singapore Mr @yodchatri approached me to see if I’d be interested in joining the @onechampionship family. Words can not describe how happy I am to be back amongst it again on one of the biggest promotions in the world. After some time off it has allowed my hip to recover so I can concentrate on getting fit & string again. Life really is amazing. Kop kon krup Me @yodchatri for this opportunity ????????????????.

Parr was in attendance at ONE: ‘King of the Jungle’ in Singapore last month. His protege Rocky Ogden lost to Sam-A Gaiyanghadao in a strawweight Muay Thai title fight.

However the team did not emerge from the trip empty handed. The 43 year old returned to Australia with a contract offer from Chatri Sityodtong.

Parr has previously competed under kickboxing rules for both Bellator and Rizin and is a multiple time world champion who has been in with the likes of Buakaw Por Pramuk, Yodsaenklai Fairtex and Jean-Charles Skarbowsky.

He has 99 career wins on his record but is coming off back to back defeats in kickboxing. However Parr did score one of the biggest wins of his career last November when he beat Mundine by split decision in a 12 round boxing match.

In the aftermath he announced that a hip injury had forced him to retire. But two months later Parr feels that he has recovered sufficiently and is ready to resurrect his kickboxing or Muay Thai career with ONE Championship.

One prospective opponent for Parr could be Yodsaenklai. They have already fought three times with the Thai winning the first two and the Australian the most recent match. 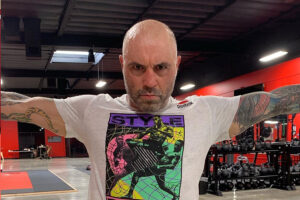 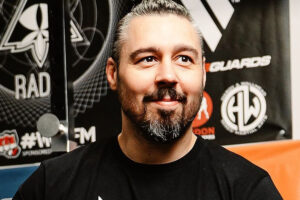