Li Kai Wen looking to make up for lost time

They say absence makes the heart grow fonder, and that’s certainly the case for ONE Championship bantamweight Li Kai Wen, as he prepares to make his long-awaited return to the combat arena on Friday.

The Chinese dynamo has been sidelined for over 16 months recovering from surgery to repair a recurring knee injury that has been plaguing him since his early days as a pure wrestler.

The timing was brutal for ‘The Underdog’. His stock had been skyrocketing off the back of three consecutive victories, all of which were finished in emphatic fashion.

His most recent over Emilio Urrutia in Kuala Lumpur back in July 2018 may have been his most impressive yet, where a third-round onslaught of strikes earned him a TKO victory.

But Li had entered that bout on a late call-up with just three weeks preparation, and he knew in the back of his mind it was a risky proposition.

“The fight with Emilio was offered to me immediately after my fight with Menchavez in Macau while I was in the dressing room during the post-fight physical exam,” Li recalled. 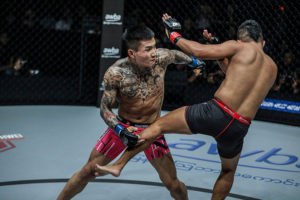 Li’s team was strongly opposed to their fighter accepting the bout. But ultimately, his loyalty and thirst for combat made it impossible to turn down. Victory came at a grave cost.

“My manager and coaches advised me not to accept the fight, which was in 3 weeks, but I was coming off my fastest KO, and I understand that short-notice fights are offered when the company is in need, so I took it.”

“But know this, I have been dealing with a knee injury from my early wrestling days and was going to have it taken care of right after my fight with Menchavez. During my fight with Emilio, I was kicked hard on my left knee, which compounded the injury. I went into surgery right after I came back from Kuala Lumpur and have been in recovery since the surgery.”

Fast forward over a year and Li is understandably fizzing at the prospect of getting back to doing what he loves – finishing fights. And he does it well. 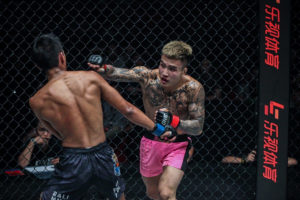 Part of a new wave of Chinese warriors, Wen has forged a justifiable reputation as a juggernaut in the cage, a fighter who uses relentless pressure and a rapid-fire approach to striking that has made him a genuine crowd pleaser.

There to welcome him back to the bright lights at ONE: ‘Masters of Fate’ will be Indonesia’s Paul Lumihi.

Known as ‘The Great King’, Lumihi has quite the spectacular offensive arsenal himself, shaped by his strong Kung Fu background. Coming off the back-to-back losses in 2019, he’s certain to enter the contest in near-desperation mode.

The 31-year-old believes he’s seen areas of weakness in Li that he’s confident he’ll be able to expose.

“He is also a striking specialist, so I have to be brave enough to trade strikes with him,” said Lumihi.

“I [have] also strengthened my physical condition and abilities. From what I have seen, my next opponent loves to play fast, but he has no endurance for long stanzas and is easily exhausted.” 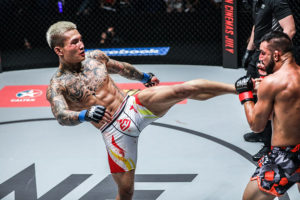 As far as Li is concerned, he’ll have the advantage over Lumihi wherever the fight may go, putting his faith in his team to devise the appropriate gameplan.

As you’d expect, his faith in his own abilities is unshakable.

“I didn’t watch any of his prior fights but my coaches did. I simply trained under their advice. Being Li Kai Wen is my advantage. I will ‘Li Kai Wen’ this guy.”

And Li’s goals are much loftier than simply what’s on hand at the Mall of Asia Arena on Friday.

The proud Chinese combatant has a slice of history on his mind, and an ambitious plan that involves dominating two weight classes simultaneously.

This bout will mark his first at the unfamiliar class of bantamweight, where Li believes he’ll be able to instantly stamp his mark.

“I felt that I deserved a title shot in featherweight, but now that I am fighting bantamweight, I need to make my presence [felt] in this weight class. My goal is to bounce between these weight classes and be the first Chinese champ-champ.

“I understand the matter of ring rust, and the next fight is to allow me to reassess where I am at. I hope that my knee is recovered fully and I can get acclimated at bantamweight.”

Still just 24 years of age, you couldn’t put it past him. His best is yet to come. 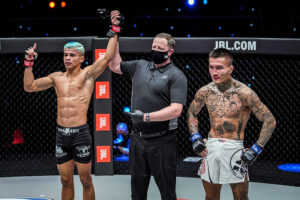 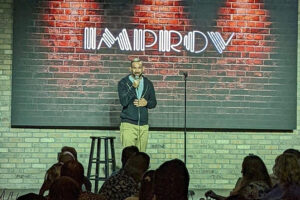 Everyone is laughing at Emilio Urrutia