Lightweights Takashi Matsuoka and Koshi Matsumoto face off at Pancrase 314

A lightweight fight has been added to the Pancrase 314 card. Takashi Matsuoka will take on Koshi Matsumoto at Shinkiba Studio Coast on April 12th.

As usual the promotion took to Twitter to make the announcement:

Matsumoto (20-9-2) was last seen in action at ONE: ‘Century’ where he suffered a decision loss to Takasuke Kume. He has not fought for Pancrase since 2011 but is the reigning Shooto lightweight champion.

Matsuoka (13-10-1) scored decision wins at Pancrase 307 and Pancrase 310 last year. He has won four of his last five fights and could move into title contention with a win over the Shooto champion.

Also on the card will be Shyudi Yamauchi (17-10) although the identity of his opponent has yet to be revealed. The Brazil based, Japanese born featherweight is the cousin of Bellator star Goiti Yamauchi.

As previously announced Yusuke Kasuya will go up against Hiroto Uesako in a battle between two experienced lightweights at Pancrase 314.

Next up for the promotion is Pancrase 313 which is set for Tokyo on March 8th. Adam Antolin challenges Mitsuhisa Sunabe for the interim strawweight title in the main event.

There are currently nine events on the 2020 Pancrase schedule. All of them are set for Shinkiba Studio Coast in Tokyo. 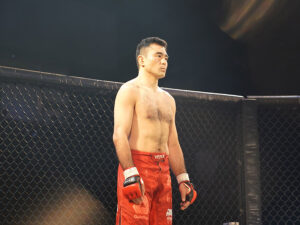