Martin Nguyen breaks down the ONE Championship featherweight rankings

Martin Nguyen has held the ONE Championship featherweight strap since 2017 and successfully defended it on three occasions. The 31 year old would have put his belt on the line more frequently had he not been distracted by title fights in two other divisions.

With ONE Championship recently introducing rankings the featherweight landscape is clearer than ever. Nguyen recently sat down with the promotion’s official website to run the rule over the top contenders.

At #1 is Christian Lee who Nguyen has already beaten twice. The first win was a spectacular knockout but the rematch was a huge anticlimax, with the champion winning by split decision after five uneventful rounds.

Lee currently holds the ONE lightweight strap, a belt which was formerly the property of Nguyen. The Australian, whose roots are in Vietnam, anticipates a trilogy bout,

“He is the #1 contender, and we will be facing each other in the future. He has taken out the majority of the featherweight division. I mean, there are new guys now who are high contenders that he hasn’t faced but he is blessed to have started at a young age and gotten to where he is now at a young age.”

Lee is nine years the junior of Nguyen. But the reigning featherweight champion is relatively young in MMA terms and should be at the peak of his powers.

The #2 ranked featherweight is four years younger than Nguyen, who beat him relatively recently. Koyomi Matsushima was stopped in the second round at ONE: ‘Dawn of Heroes’ last August but bounced back to win his next fight.

It’s unlikely a rematch will be made any time soon but Nguyen has nothing but respect for the Japanese fighter,

“Koyomi is a good guy. He is very respectful, has high credentials, and he was a tough fight when I fought him. He has beaten Marat Gafurov and he was scheduled to fight Christian on more than one occasion. The guy just beat a very tough fighter as well, dominated the guy, and the guy was tough. He is super-talented.” 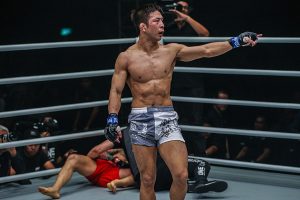 Earlier this year Thanh Le said he was training to fight Nguyen. That was at the start of the coronavirus, or Covid-19, pandemic and this matchup is almost certainly on the backburner for the time being.

Both share Vietnamese roots but Le is based in the U.S. while Nguyen is in Australia. The champion seems to suggest this contender needs another win before being awarded a title shot, 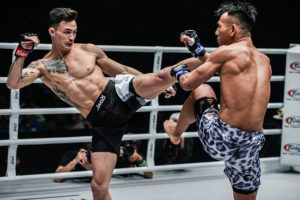 He doesn’t sound particularly impressed by the credentials of #4 ranked Tetsuya Yamada either,

“I haven’t heard of Yamada in a while. The last time he fought was against Marat Gafurov. I would have thought Marat would have been (ranked) instead of Yamada but the guy is there, he is a name and he is someone who is in the division so I have to be ready for him too.” 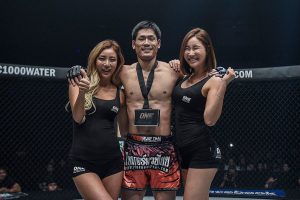 Occupying bottom spot in the rankings is Garry Tonon. The decorated BJJ black belt sits at #5 and Nguyen thinks it is a question of when, not if, this fight happens,

“Garry is on a five fight winning streak and the way he has won every single fight was a finish. If it was by decision, or if the fights could have gone either way, you’d question his position in the rankings but he has finished every single guy. He deserves to be there and a match-up with me and Tonon will definitely happen. It’s just inevitable.”

ONE: ‘No Surrender’ is booked for Bangkok on July 31st. The card might consist exclusively of Thailand based fighters but after two events in Shanghai last weekend the promotion is finally up and running again.

It might be a while before ONE Championship can find a country willing to allow fighters from all around the globe to fly in and compete. But when it does happen there will be no shortage of contenders for Nguyen’s featherweight crown.