On March 15th Max FC 17 will commence at Sindorim Techno Mart with Kwon Gi-Sup, Jo San-Hae, Trent Girdham, and Yushi Ogino competing in the semi finals of a four-man tournament.

Kwon Gi-Sup, the IB Gym product, is a fighter who worked himself up the ranks. After winning two consecutive bouts in the Contender’s League, he captured the 63.5kg KMF title in 2018.

Last January, he represented Max FC at AFC 10 where he took home the hard-fought unanimous decision over Ahn Chang-Joo in a fight of the night performance. 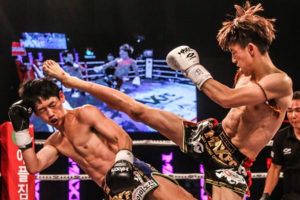 Stepping in to challenge Kwon in the semi finals is Jo San-Hae. Similar to his opponent, the 24-year-old also powered through the competition up through the lower levels.

Then, he traveled to Hong Kong in 2018 as the national representative at the East Asian Muay Thai Championships and won the bronze medal. Later that year, he went to the southern region of Korea and snatched up the KBC lightweight title via knockout.

To make this tournament a more international affair, the other two competitors hail from Australia and Japan.

Trent Girdham is a 22-year-old training out of the world famous Tiger Muay Thai camp. He has competed for popular mixed martial arts organizations like ACA and Hex Fight Series.

In his most recent outing at Patong Boxing Stadium in Phuket, Girdham handled the opposition and earned a second-round knockout. His kickboxing/Muay Thai record sits at 15-3-1 with six knockouts to his credit. 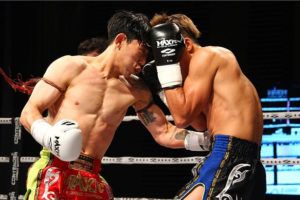 Facing the young Australian will be #2 ranked Shooto lightweight Yushi Ogino. The Japanese veteran was last seen in competition at the Young Scissor Cup in Aichi, Japan. He is notorious for his kicks to the body and his record stands at 8-10-1 with one knockout.

The winners of the semi finals will move on to fight for the lightweight title likely at a summer event yet to be announced.

In addition to this tourney, super middleweight champion Hwang Ho-Myung will make his first title defense against Jung Seok-Jin. Hwang won the strap back at Max FC 15 when he knocked out Jang Tae-Won to become the inaugural champion.

The challenger will look to go in and take out a champion who is 12 years his senior.