Road to ONE Europe is already underway but the competition format was made official yesterday. The tournament will feature 32 kickboxers with the winner receiving a ONE Championship contract.

Events will take place in Serbia, Spain, the Netherlands, Turkey, and Germany, with additional locations to be announced at a later date. The first event was held in Prague last month with Tomáš Hron emerging as the winner.

“We are pleased to announce ‘Road to ONE Europe,’ and we are excited to soon crown a heavyweight kickboxing champion who will make it through to ONE Championship. (It) is an incredible opportunity to showcase the European fighting heritage and further expand ONE Championship’s global footprint.”

ONE Championship has yet to crown a heavyweight kickboxing champion. But contenders currently on the roster include Rade Opačić, Bruno Susano, Patrick Schmid and Errol Zimmerman. 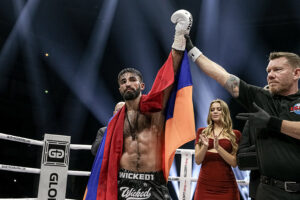