Phoe Thaw promises major improvements ahead of ONE: ‘Reign of Valor’

Fighters in developing MMA countries like Myanmar face a dilemma. If they want to get the level of training required to compete at the elite level they either need to travel to another region or bring in sparring partners and trainers.

Phoe Thaw did both. Ahead of his fight with Yohan Legowo at ONE: ‘Reign of Valor’ on Friday the Burmese featherweight has put together the perfect training camp both at home and abroad.

“Fans are going to be really surprised to see me and my fight because I am completely different,” he said.

Thaw enlisted the services of UFC veteran Shunichi Shimizu who spent two months training with him in Yangon. Then he headed to Tiger Muay Thai in Phuket to sharpen up his skills ahead of Friday night’s fight. 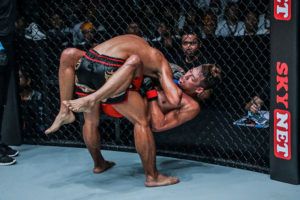 Thaw is already a veteran of seven ONE Championship fights. He won the first six and could have been on the verge of an unlikely title shot until Keanu Subba submitted him in the opening round last time out.

That was the first defeat of his career and it makes the fight with Legowo a crucial one for Thaw. He’s at a career crossroads and is determined to take the right path,

“I have trained harder than before because I am coming off the first loss of my career,” he said.

Thaw is facing an opponent with a strong background in BJJ and over 16 years of experience as a pro. However the 34 year old has identified several weaknesses in Legowo which he plans to exploit,

“He has a lot of weak points. I will focus on my stand-up to knock him out.” 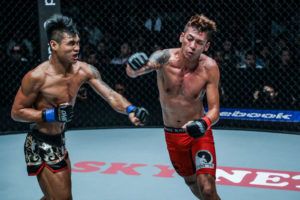 Not many fighters have managed to make a successful transition from lethwei to MMA. However Thaw believes he has benefitted from an open minded approach and a willingness to learn,

“In MMA, the one who can really succeed and become a champion is smarter than everyone else. We have to absorb every kind of martial art from around the world,” he said.

He’s also invested his own money in Team PT, a camp in Yangon which he hopes will give him and other Burmese fighters the confidence and ability to go out and perform on the global stage. 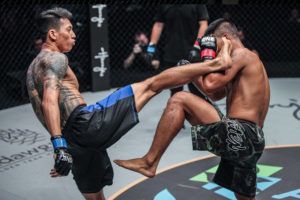 Having put together a six fight winning streak Thaw’s momentum was abruptly halted by that loss to Subba. It gives Friday’s fight added significance but he plans to approach it the same way as all his matches,

“I always give my best (so) I don’t feel any pressure from that.”

The absence of Aung La Nsang from ONE: ‘Reign of Valor’ puts the spotlight on the other Burmese fighters. It means there will be more scrutiny on Thaw than ever before but he has left nothing to chance with his preparation and hope this meticulous approach will bring win number seven. 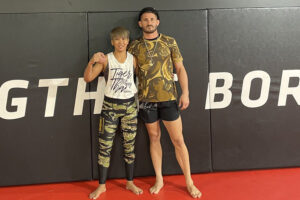