Fairtex Fight 2 is set for Lumpinee Stadium next Sunday night. The event will be headlined by a featherweight fight between Quitin Thomas and Magomed Kadimagomedov.

Thomas (1-1) enjoyed extensive success as an amateur winning the IMMAF lightweight world championships in 2017. The Tiger Muay Thai representative has won one out of two as a professional and lost to Ben Royle at ONE: ‘No Surrender’ part III in his most recent outing.

Kadimagomedov will be making his pro debut. The Russian comes from a BJJ background and appears to have been competing regularly in the sport in Belgium, winning several tournaments and competitions.

In the flyweight division Rambo Fairtex faces William Gurgli. The former is from Thailand while the latter is French and both appear to be making their pro debuts.

An atomweight bout between debutants Liyen Ha and Paweena Phalakan is also on the card. The former is representing Australia while the latter is Thai. 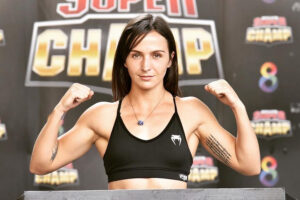