Rodtang Jitmuangnon and the ONE Super Series were made for each other. The scoring system favours fighters who are exciting and aggressive with both adjectives summing up the style of the two time Omnoi champion.

Rodtang is all set to bring his explosive brand of fighting to Manila this Friday for a flyweight clash with Fahdi Khaledat ONE: ‘Hero’s Ascent’. It will be the Thai fighters second bout for the promotion and should he emerge unscathed a spot on the Tokyo card awaits.

He dropped a controversial decision defeat to Tenshin Nasukawa last year, most impartial observers felt Rodtang won. The Thai is coming off an impressive win for ONE Championship in Jakarta and says the experience of competing on the international stage has been like a breath of fresh air,

“My first fight in Indonesia against Sergio Wielzen was a great experience, I was nervous before and excited, but once the bell sounds I was ready to go to war. The fans treat you better and are genuine fans of the sport, wanting to take pictures and get to know you and there is no pressure on you from the gamblers like back in the stadiums. I also get the opportunity to travel and I know a lot of Thai fighters would love to get the opportunity to fight on a huge promotion like ONE.”

Like most Thai fighters, Rodtang started very young in his home province of Phattalung in the South of Thailand. He started training at a local gym and soon got the chance to fight at age 8, winning his first match on points and getting a 300 baht purse.

Rodtang fell in love with the sport straight away and carried on competing around the South of Thailand until he was 14 years old and finally got the opportunity to move to Bangkok and train and fight out of the renowned Jitmuangnon camp.

Since joining Jitmuangnon he has won two Omnoi stadium titles and a Max Muay Thai four man tournament and has gone on to be one of the biggest names on the current circuit.

“I was very nervous and excited when I first went up to Bangkok. It was like going to another world, but I wanted to test myself and also help to provide for my family,” he said.

After a few years making a name for himself in the fight capital, Rodtang had a few issues and stopped competing in the stadiums for a bit and competed more up in Thailand’s North East, a hot bed for talent and with shows all over. It was here Rodtang had his favourite fight in his career to date, a battle against Mongkolpetch Nayaparkview, in Mahasarakham province.

“The fight had a 1.3 million baht side bet on it and a lot of my family and friends had contributed to our side of the bet, so there was a lot of pressure before hand, but I was really pleased I got the win and was able to win for all of them.”

Rodtang’s favourite fighters growing up as an aspiring superstar, were Pakorn PKSaenchaigym and Rotlek Jaotalaythong.

“I followed Pakorn and his fights from when I was very young and wanted to be like him when I got older. Rotlek is also from the South and we used to fight a lot on shows together when I was young. He was usually the main event and I was a long way down the undercard.”

In his stadium career to date Rodtang’s toughest opponent has been Superbank Mor Rattanabandit.

“I got the win against Superbank, but it was a very tough fight technically, he is very crafty and difficult to score against.” Rodtang started his international career with two fights in Japan before signing with ONE, including a controversial decision loss to Japanese superstar Tenshin.

“I was shocked a little at the end of five rounds when it was scored a draw, as I was sure I had done enough to win and Tenshin looked like he had conceded defeat by the end. In the extra round I thought I did enough. I faded a little towards the end of the round, but still think it was enough for the win,” he said.

Asked about Tenshin’s fight against Mayweather, Rodtang didn’t think he should have taken him on.

“They are two different sports and to face someone as good as Floyd, it was never going to work out well for Tenshin, but I understand that it is a business and would have brought a huge amount of interest to the promotion.”

Rodtang prepares for his fights at ONE just as he would a fight in the stadiums and doesn’t have a set plan for Khaled, who is based in Thailand and fights out of the Venum Gym,

“I just prepare as I would any other fight, I have watched some videos of Khaled and he looks decent, on the night though I will take it as any other fight and prepare as strongly as I can. We don’t have a particular plan set out to fight him. We will see what happens on the night and make any changes as the fight goes on.” Rodtang has no qualms about swapping the regular gloves for MMA gloves and admitted he has thought about the possibility of switching sports in the future,

“I don’t mind wearing the MMA gloves, you have too be more careful defensively with them and not take any chances, but there is also the chance I can get a KO win easier wearing them too. I have thought a little about possibly trying MMA, but I haven’t been approached by anyone yet and I know it would take a lot to transition and working on the ground game and wrestling would take a while, at least a year I think.”

Rodtang feels he has found a home with ONE despite being able to earn 200,000 baht per fight in the Bangkok stadiums. He already has his third fight lined up with ONE on the 31st of March when the show makes its promotional debut in Japan and has his sights firmly set on winning a belt.

“ONE treat all of the fighters very well and my goal now is to become a ONE world champion.” 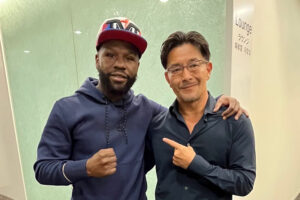