Ryo Chonan made his pro debut in 2001. At Pride: ‘Shockwave’ 2004 he made history by submitting Anderson Silva with a flying scissor heel hook.

It is arguably the greatest submission in MMA history and gained added significance when the Brazilian went on to establish himself as the best pound for pound fighter on the planet.

Henderson also won the Deep welterweight and middleweight titles. However it was a loss to Dan Henderson at Pride: ‘Bushido’ 9 in 2005 that would not only change his destiny but go on to shape the careers of a new generation of Japanese mixed martial artists.

After getting knocked out in 22 seconds by the American he knew immediately what he needed to do,

“I asked if I could train with him. I realized I had to improve, so I thought about training abroad, but I couldn’t speak any English. I only had a paper dictionary.” 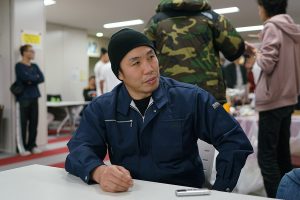 Chonan would eventually overcome these difficulties in order to train with Henderson at Team Quest. This trip would prove to be the genesis for Tribe Tokyo,

“When I was training in America, I started to think about various ways to run a gym. There was nothing like that in Japan yet.”

Today Tribe Tokyo is one of the top camps in Japan and has produced stars such as Takashi Sato, Hayato Ishii, Yuya Wakamatsu, Tatsuya Ando, Ayaka Miura and Ryoji Kudo.

But back in 2007 a facility in Tokyo was well out of Chonan’s financial reach. Fortunately he found a friend who was willing to invest money to make his dream a reality,

“I borrowed money from a successful business friend who used to do judo. We talked about fighters who were struggling, had no place to train, and needed more support. I couldn’t have gotten such a big place with my own money.” 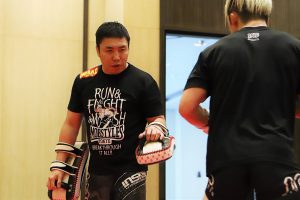 Gap in the market

The timing proved prescient as Tribe Tokyo offered something that was missing from the local scene at that time,

“A lot of people live in that area and when we opened there were no other martial arts gyms around. I think a lot of gyms imitated us afterwards but at the time there were no places where you could do martial arts and weight training. Most places were basically dojos. I think it’s more difficult for dojos to attract members. Also, my athletes are successful, so they provide publicity.”

While Tribe Tokyo has always been open to the general public Chonan’s focus is more on finding elite mixed martial artists. Having fought on some of the biggest shows of the Pride era and gone on to compete for the UFC he can look back on his career with satisfaction. 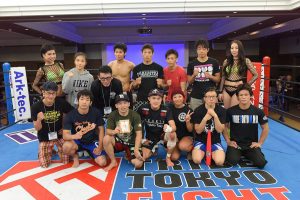 The 43 year old is now hoping his team will provide a platform for the new generation of Japanese fighters looking to enjoy similar opportunities inside and outside of the cage,

“My athletes and members are very close, they get on very well. Some members have been doing business together (and) we’ve created a good place for social exchanges.”

Chonan won several titles and beat one of the best fighters of the century in spectacular style. He has every reason to be proud of what he achieved during an MMA career that spanned an entire decade.

However he remains ambitious and Chonan’s dream is to nurture fighters who will eventually achieve even more than he did,

“It was my goal to coach and build professional athletes who could achieve higher levels than myself.”