Sage Northcutt will show off some new tricks at ONE: ‘Enter the Dragon’

Sage Northcutt has been waiting for his opportunity to debut in ONE Championship ever since he signed with the Singapore based promotion following the end of his contract with the UFC.

The 23-year old Texas native felt at home in ONE right away but now with a fight finally on the horizon, he can get back to business while looking to build on his past three wins in a row.

“I’m super excited,” Northcutt said ahead of his debut at ONE: ‘Enter the Dragon’.

Northcutt last fought in July 2018 when he earned a unanimous decision win over Zak Ottow in his final fight in the UFC.

That victory came after Northcutt finally decided to dedicate himself full time to mixed martial arts rather than trying to build a fight career while still attending college in his home state of Texas.

He put his education on hold so he could move out to Sacramento where he began training full time at Team Alpha Male under the guidance of UFC Hall of Famer Urijah Faber. 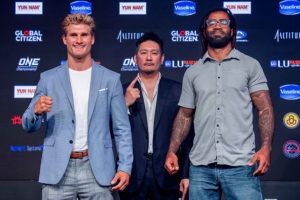 Northcutt believes he’s made dramatic improvements since his last fight with his sole focus for the past 10 months only on training and getting better. He looks to show what he’s learned when he faces Cosmo Alexandre this Friday in Singapore,

“I was constantly improving but now having a little bit more time to improve, I’m improving everything about my game at Team Alpha Male. I’m getting better every single day,” Northcutt said.

“I’m getting to see what works for my style instead of just going out there and winging it and getting by on athletic ability and anything I might know. Now I’m getting to piece everything together and I’m learning different techniques that transition from one thing to the next.”

Northcutt has focused heavily on linking together the different pieces of the MMA puzzle, 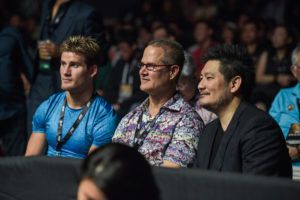 It’s hard to believe but Northcutt says that until he began working out of Team Alpha Male that he had never actually going through a full sparring session for a mixed martial arts fight.

He competed in hundreds of tournaments and built an 11-2 resume with his past eight fights in the UFC but in many ways he was really learning on the job.

“I’ve had hundreds or thousands of fights. From karate to kickboxing and some wrestling tournaments, but mixed martial arts experience where you mix it all together, I never really had that,” Northcutt explained.

“Basically, I stepped foot in the ring or the cage to fight, that was my first time trying it. If I’d get stuck against the side of the cage, it was my first time so I’d wonder what I have to do to get off or if I took a guy down, I’m trying to figure out how to hold him down. That was definitely interesting for me. Now I get those live (sparring sessions) everyday pretty much.” 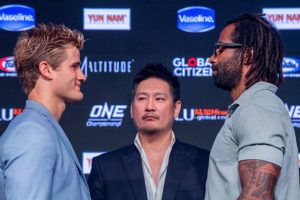 Northcutt hopes to show off some of the new tricks he learned while facing a multi-time kickboxing champion in Alexandre, who will cross back over to MMA for this fight on Friday.

“He’s had hundreds of fights. He’s a several time kickboxing champion I believe. He’s very talented and he’s got a lot of skills. He’s got a lot of experience. I know he’s a great striker. I’ve grown up striking since I was four-years old so I think it will be a super entertaining fight.”

Northcutt says he won’t be afraid to test his striking skills against the Muay Thai veteran,

“I love to stand up and strike and he’s a very experienced fighter. He’s got a lot of striking experience, too and a lot of fights. It will be super fun to go out there and fight him in my first fight with ONE Championship. I’m looking forward to fighting him.”

Obviously there’s going to be a very bright spotlight on Northcutt as his move from the UFC to ONE Championship will be complete with his debut this weekend. 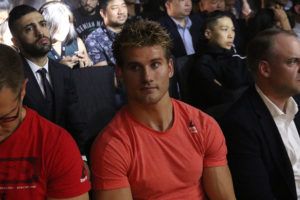 Over the past year several high profile fighters from the United States have joined the ONE Championship roster including former UFC champions Eddie Alvarez and Demetrious Johnson.

Both Alvarez and Johnson were heavy favourites going into their debuts much like Northcutt but the results didn’t turn out the way many expected. While Johnson cruised to a submission victory, Alvarez suffered a brutal first round knockout to Timofey Nastyukhin, which cost him a spot in the ongoing ONE Lightweight World Grand Prix.

Northcutt has never taken any opponent lightly but seeing what happened to Alvarez was just further proof of the kind of talent he expects to face in ONE Championship.

“I saw both their debuts. You can see there’s a ton of talented fighters here at ONE Championship,” Northcutt said.

“Coming over here to ONE Championship, I’m training my hardest, so I’d be sure to always train my hardest and be ready for every single fight and I’m looking forward to this Friday.”