All is not well with Wondergirl. The photogenic Muay Thai and kickboxing star recently took to Instagram to announce she has found herself a new gym.

Wondergirl is back training at her family’s gym alongside her sister and it doesn’t sound like she will be returning to Fairtex:

The photo was taken at Jaroonsak Muay Thai which is owned and operated by her family. With Thai fighters typically taking their gym name as a surname it means some big changes for Wondergirl.

Sources tell AsianMMA.com that the split from Fairtex has been acrimonious. She will need a new surname, perhaps she will follow in her sister’s footsteps and become Wondergirl Jaroonsakmuaythai.

It means a fight between Wondergirl and her sister Supergirl is probably on the backburner. They had both discussed the possibility of fighting each other on a ONE Championship card but that could get a bit awkward if they are training at the same gym every day.

But it sounds like the glamorous Muay Thai and kickboxing star might be splitting up from her long time camp and Fairtex might have lost one of its biggest stars. 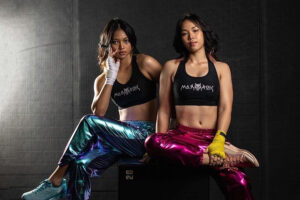 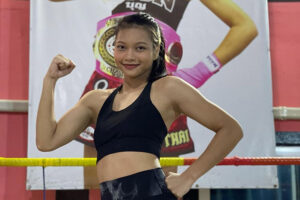 Teen star Supergirl says: ‘I’ve worked a lifetime for this’!