Fairtex: the gym and brand synonymous with Muay Thai

Fairtex is a brand that has been at the forefront of the Muay Thai scene for over 40 years. It was founded in 1971 by Mr Banjong Busarakhamwong, known around the world as Phillip Wong, a businessman with a love of Muay Thai. In 1978 Fairtex branched out even further by becoming a promoter at Lumpinee stadium.

What started out as a garments factory and small gym has now developed into one of the biggest equipment brands and resorts in the Muay Thai world.

Originally based in Bangplee on the outskirts of Bangkok the gym moved to Pattaya in 2005 with the opening of the Fairtex Pattaya Hotel and sports club.

Fairtex has produced a multitude of champions over the years, starting around the golden era with Jongsanan Fairtex, Boonkerd Fairtex and Nungsiam Fairtex. In more recent years there has been Lumpinee champion Naruepol Fairtex, multiple time Lumpinee, WBC and K-1 champion Kaew Fairtex and Yodsaenklai Fairtex who is the gym’s biggest star at present. 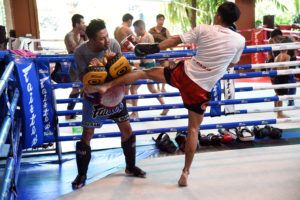 Yodsaenklai was something of a young prodigy before he joined the Fairtex stable, having won the Lumpinee 112lbs title and a Toyota tournament at Lumpinee stadium, putting Nopparat Keatkhamtorn out of action for six months by breaking his nose in the final.

Fairtex saw that Yodsaenklai, with his strong boxing and powerful kicks, had the potential to become a global star as he grew up and moved into higher weight classes. He was officially signed by the gym in 2005 and went on to capture the Lumpinee 147lbs title and Thailand 154lbs title, beating golden era legend Samkor Keatmontep to capture the latter.

International opportunities followed and Yodsaenklai won the first ever WBC Super welterweight by beating Australian legend John Wayne Parr. He then really hit the heights, winning the inaugural reality tv show The Contender Asia, where he beat his stablemate Narupol Fairtex in the quarter final.

Since then Yodsanklai has fought pretty much every big name there is in the sport and won title after title and has now set his eyes on the upcoming ONE Championship Super series Featherweight World Grand Prix, which features some of the biggest names in the sport, such as Giorgio Petrosyan and Andy Souwer. 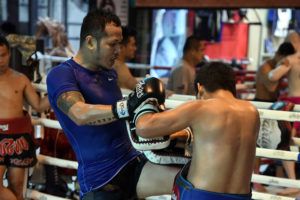 The Fairtex brand has enjoyed a similar trajectory. There are gyms in the US, Japan and China but it is the Pattaya facilities that are the jewel in the Fairtex crown. Set in 3.5 acres of land close to Pattaya beach, the resort boasts four star hotel facilities for people wanting to stay and train.

The Muay Thai facilities are unparalleled anywhere in Thailand with no less than six boxing rings as well as a full equipped bag area. In in recent years Fairtex Pattaya has also branched out into MMA training with a cage onsite and international BJJ trainers.

Outside of its Muay Thai and combat sport facilities the location provides everything from tennis courts, to a rock climbing wall and several fitness studios to cater to every type of training, with classes throughout the day and several restaurants onsite offering world class cuisine. Alongside the team of local Muay Thai fighters Fairtex also sponsorship opportunities to top level foreigners. The camp has seen numerous fighters compete for ONE Championship in recent months including Stamp Fairtex who is the reigning atomweight champion in kickboxing.

Mixed martial artists representing the camp at present include Jenny Huang, JD Hardwick and Mark Abelardo. Whether it’s a surname on a fight card or a brand name on a fighter’s shorts there is no escaping the Fairtex brand: it has become synonymous with Muay Thai and can be seen in cages and rings all over the world. 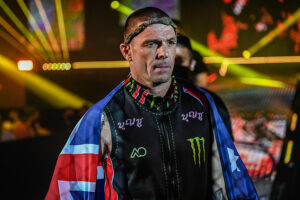