Road FC returns on December 18th. Si-Won Park will be defending his lightweight title against Yeo Je-Woo at the Swiss Grand Hotel in Seoul.

Road FC 62 is the promotion’s second event this year using its regular branding and ruleset. There are currently four fights confirmed for the card which will be headlined by a lightweight title bout.

Park (7-0) won the title at Road FC 61 in July. The champion is coming off back to back first round stoppage wins and holds a perfect professional record.

Woo (5-1) is on a four fight winning streak that dates all the way back to 2018 when he was beaten by Nandin-Erdene Munguntsooj at Road FC 51. He avenged that loss with a win over the Mongolian at Road FC 60 in May.

The card will also feature former lightweight champion A Sol Kwon (21-12). In 2020 he announced he was retiring from MMA in order to become a missionary in Brazil.

He came out of retirement to face Yui Chul Nam in a boxing match earlier this year. But Kwon dropped a decision to the UFC veteran and hasn’t won a fight since 2016 when he was the Road FC lightweight champion.

The 36 year old faced Eduard Folayang on the inaugural ONE Championship card. At Road FC 62 he has been matched with Japanese journeyman Koji Nakamura (13-16-4).

In the light heavyweight division Kim Tae In (3-0) takes on Daniel Gomes (11-6-1). The Brazilian has been competing in Japan and is coming off back to back wins there.

The other fight on the card is in the middleweight division. Yoon Tae-Young (4-1) will be looking for his fifth straight win when he takes on debutant Lee Young-Chul.

Road FC was founded in 2010. Since then Korean promotion has seen numerous fighters go on to sign with ONE Championship and the UFC including Soo Chul Kim, Kyung Ho Kang and Yui Chul Nam.

In 2020 Road FC also launched a promotion with modified rules call AFC.  There have been eight of these events with the most recent taking place last month in Seoul. 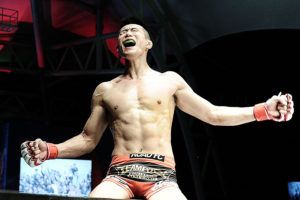 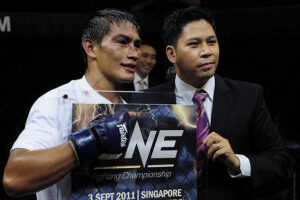