Wehbe (7-7-0-1) hails from Russia but is based long term in Dubai. He was stopped by Oli Thompson in the main event of UAE Warriors 5 a year ago.

Lungu (18-5) is a 45 year old Pride veteran who could outweigh Wehbe by as much as 100lbs. The Romanian has won his last two bouts but spent all of 2019 on the sidelines.

In the co-main event Elias Boudegzdam (15-6) faces Austin Arnett (16-6) in a featherweight fight. The Algerian has spent the last couple of years competing in the Middle East but is coming off back to back losses.

Arnett is coming off a four fight stint in the octagon. He was released after dropping a decision to Shane Young at UFC 234 last February.

The third fight to be announced for next week’s card sees Cornelia Holm (4-1) face Corinne Laframboise (4-3) in a bantamweight bout. 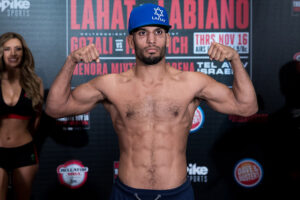 Two titles on the line at UAE Warriors 12 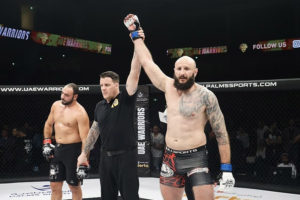