Takashi Sato has stepped up to the plate. The Japanese welterweight accepted a short-notice bout against promotional debutant Ramiz Brahimaj on the undercard of UFC on ESPN 12 this Saturday (local time)

Though he is taking this match on less than two weeks notice, the former welterweight King Of Pancrase has remained in tip-top shape under the tutelage of Henri Hooft and Greg Jones at Sanford MMA in Fort Lauderdale, Florida,

“I am just happy that the UFC offered me a fight. I really don’t mind if it’s short notice. I’m the type of fighter who always stays ready. Especially with what happened in my last fight, I am so eager to compete again,” Sato said through a translator. 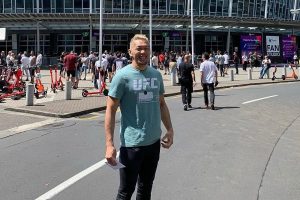 Following a third-round submission loss to Belal Muhammad at UFC 242 in September of last year, Sato had his sights on breaking into the winner’s column once again through his scheduled clash with Maki Pitolo at UFC Auckland this past February.

However, his American opponent pulled out of the contest during the weigh-ins due to illness brought about by weight cutting.

“They just told me that he’s sick. I made weight for that fight and was ready to compete the next day. It’s upsetting, but it happens in this sport. I chose to move on and wait for better opportunities,” he recalled.

The 30-year-old Tokyo native could have gone home and taken a vacation, but he chose to maximize free time by setting up camp at Sanford MMA where he trained with the likes of Aung La Nsang, Robbie Lawler and Michael Chandler. 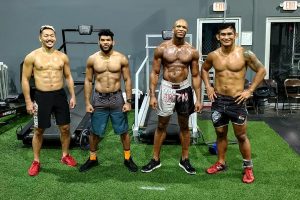 Sato believes that he made the right decision as flying out from Japan to the United States would be difficult with the tight border restrictions in place due to the novel coronavirus pandemic.

“Every UFC event is now being held here, so it’s ideal to stay because I get to train with the best while waiting for a fight. I’m just fortunate to be here. At the same time, it’s tough because I don’t get to see my family. My teammates were the ones who encouraged me to stay focused and patient,” he shared.

His patience finally paid off, landing a spot on the card this weekend that is slated to take place at the UFC Apex centre in Las Vegas. Brahimaj holds a professional record of 8-2, scoring all of his career victories by way of submission.

After a two-year run in Legacy Fighting Alliance, he was scheduled to face Miguel Baeza on Dana White’s Contender Series in June 2019 but withdrew due to an injury. With the UFC seemingly having difficulties filling the fight card Brahimaj got another opportunity. 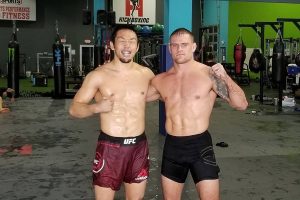 Sato knows what it feels like to win your UFC debut and says Brahimaj won’t be short of motivation,

“It’s given that he wants to win his first fight in the UFC. I understand that feeling because I’ve been there. He must be a great fighter to be recruited by the UFC. That’s why I need to perform at my very best in the fight. There should be no room for error,” he stated.

Sato stressed that he will not settle for anything less than a win on Satuday,

“I’ve prepared for many months to win, so I expect to win in this fight,” he declared.

Belal Muhammad to fight at UFC 280 in Abu Dhabi