Jeon (5-2) started off her career with five consecutive victories on the regional scene leading to a UFC contract in the middle of 2017. She made her debut at the age of 19 at UFC Fight Night 110 in New Zealand and dropped a decision to J.J. Aldrich.

She then returned around four months later to take on Syuri Kondo in Japan at UFC Fight Night 117. Even though the fight was much closer this time around, the judges gave the split decision nod to the former Queen of Pancrase.

After dropping two in a row, Jeon decided she needed a change of scenery and joined Team MAD in Busan. She has been working alongside Road FC atomweight champion Ham Seo-Hee as well as a slew of other notable names to sharpen her skillset and fill in gaps.

At Double G FC 2 on March 30th she is returning to competition after almost 18 months on the sidelines. An opponent for this flyweight fight has not been announced yet.

The event will be held at Jangchung Arena in Seoul and UFC veterans Lim Hyun-Gyu and Yang Dongi are set to return after winning fights at Double G FC 1. 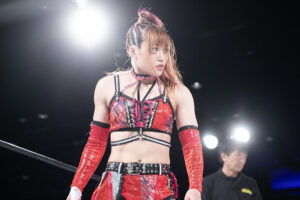