ONE Championship continues to bolster its heavyweight division. Undefeated heavyweight Dustin Joynson has put pen to paper on an exclusive contract and will make his debut next month.

Joynson holds a record of 6-0-0-1.  The Victoria, British Columbia native is 6’5″ tall, making him one of the biggest fighters in the division.

He has held both the Havoc FC and Battlefield Fight League heavyweight titles and is excited to take his talents to Asia,

“I feel elated. After 13 years of training and fighting for several organizations, I feel that I’ve found a home, long-term, to showcase my skills. I’m ready to fit in with the best. I have family on my wife’s side and friends in Asia, so this opportunity is a bit more personal to me. The thought of fighting in front of them, along with millions globally, really excites me.”

Joynson is coming off a decision win over Carl Seumanutafa at CFFC 87 and already has his sights set on the ONE Championship heavyweight title,

“ONE’s heavyweight division has some big names and heavy hitters. I’m excited to have my name amongst them and rise to the top. Having the title and representing Canada would be a dream come true. Being known as a great martial artist is what success means to me. For people that I’ve looked up to and have put in the work to recognize me as a great fighter means more to me than anything money could buy,” he said.

Reigning heavyweight champion Brandon Vera has not defended his title since 2018. With such an influx of talent to the heavyweight division the UFC veteran looks set to be much busier in 2021. 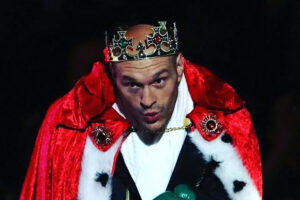