Taking a three year break from competitive action is not ideal for anyone who fights for a living. But Vitaly Bigdash is looking on the bright side.

The Russian has not fought since 2018 but says he feels ‘re-energized’ after the extended break,

“I feel great, I feel re-energized. So hungry to come back to the fight and to the cage as well.”

He has had at least three fights fall through during this period after catching Covid-19 and suffering from a staph infection. But Bigdash is looking on the bright side,

“Yes, of course, I didn’t fight for two years but I think this is kind of explainable, lots of fighters couldn’t fight in this period because of the pandemic, we know.” 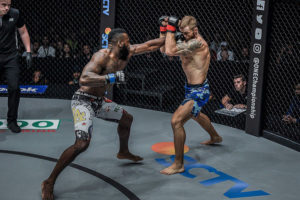 He did start training for the cancelled fights to it is not like Bigdash has been completely inactive,

The middleweight belt has changed hands since Bigdash’s last fight. Reinier de Ridder is the new champion and Bigdash is impressed by what he has seen,

“There are lots of good fighters joined our division, all of them are strong but I am most impressed with the owner of the belt. He’s really good.” 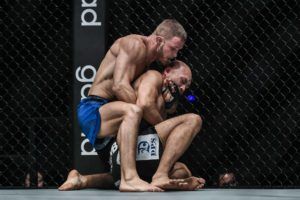 Bigdash is a former champion himself. He held the middleweight belt from 2015 to 2017 but will be making a comeback at ONE: ‘Winter Warriors’ Part II.

The 37 year old will be looking to shoe he still has what it takes when he faces Fan Rong. The two man actually trained together in Phuket according to Bigdash,

“He is quite a strong fighter, we met each other once during training camp in Tiger Muay Thai but we didn’t get a chance to spar together in Thailand. What I can say is he’s a tough fighter. We will see in the fight.”

Bigdash finished his last fight with an inverted triangle armbar. That was back in 2018, before anyone had heard of Reinier de Ridder or Covid-19 for that matter.

It feels like a long time ago but Bigdash is hoping to score a second finish in succession this Friday even if it won’t exactly be quick succession,

“I’m not a fan of predicting fights but I will do my best to finish him.”