Two kickboxing bouts have been added to the ONE: ‘Big Bang’ card which takes place in Singapore today. In the featherweight division Andy Souwer has been matched with Zhang Chunyu.

Chunyu has been in with the likes of Buakaw Banchamek and Superbon Banchamek. Like Souwer he is coming off a loss, the Chinese fighter was beaten by Saketdao Phetpayathai at ONE: ‘Reign of Dynasties’ 2.

The other last minute addition to the card is a light heavyweight kickboxing fight between Anderson Silva and Murat Aygun. The Brazilian has been preparing for an MMA fight and must have found out very late in the day that he would be competing under a different code.

The featherweight kickboxing fight between Marat Grigorian and Ivan Kondratiev will now serve as the main event. Danny Kingad and Roman Kryklya were both pulled from the card after a member of their team tested positive for Covid-19. 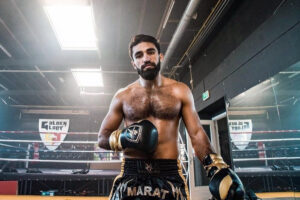