Amidst all the title fights, former UFC champions and the flyweight Grand Prix quarter finals, it is easy to forget that this month’s ONE: ‘A New Era’ card contains the biggest kickboxing fight the promotion has ever put on.

Multiple time Muay Thai champion Yodsaenklai Fairtex is facing two time K-1 Max champion Andy Souwer. Both have been at the very pinnacle of their respective sports since virtually the start of the century.

For Souwer it is a chance for redemption. He’s lost his last three fights, including an MMA match, and suffered a surprise defeat to UFC veteran Anthony Njokuani in his ONE Super Series debut. At the Ryōgoku Kokugikan he will be looking to roll back the years by beating Yodsaenklai in a city where Souwer has enjoyed sustained success. A lot has changed since 2002 and the 36 year old has made some changes too,

“I’m training twice a day, one tough session and one recovery session. I don’t go hard anymore. I just want to be smart, I want to be fast, and I want to be athletic, so that’s the goal for this camp.”

Yodsaenklai is three years younger than Souwer. The Dutchman acknowledges that he is coming towards the end of his competitive career but says that this is exactly the sort of fight he needs to rekindle that early fire,

“He is still strong, and this gives me motivation in the last period of my career. It brings me a lot of excitement and motivation into my body, so I expect a strong clash.” 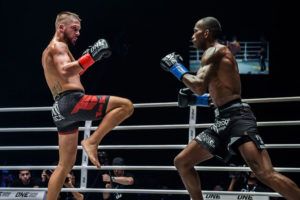 Yodseanklai briefly retired but is riding a 30 fight winning streak that dates all the way back to 2011. However Souwer thinks his style could pose the Muay Thai veteran some problems,

“He has power in his kicks and his hands, physically he is really strong but you know what? I am a fast guy and I love to box, the opposite of his game. That’s going to be the biggest clash.”

Souwer has spent virtually his entire career competing under kickboxing rules and thinks he has picked up some tricks and techniques that Yodsaenklai might have missed,

“Muay Thai fighters are not willing to put extra body movements or footwork into their game and I am going to do that,” he said.

Yodsaenklai has had a handful of kickboxing matches, and actually lost to Souwer in 2008. But he hasn’t spent anything like as much of his career competing in Japan as the Dutchman who is enthralled by the prospect of fighting in Tokyo again, 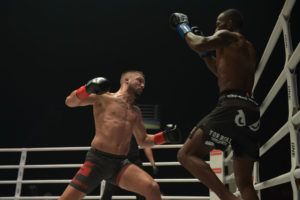 Yodsaenklai’s style should be well suited to kickboxing as he is known for his punches and left kick. Souwer expects the Thai to try and walk him down but knows exactly how he will respond,

“He puts the pressure on you (but) we are going to show that there are some weaknesses too,” he said.

Souwer has had plenty of time to prepare for this matchup, which will be taking place at a 72kgs catchweight. He knows exactly what to expect from Yodsaenklai and is confident he will be able to ‘overwhelm’ the Thai,

“With my game plan, I think I can give a great performance and I’m going to show the world the best in me. I’m going to overwhelm him with my speed and combinations and win the fight.”