Banma Duoji believes his speed and stamina will bring victory at ONE: ‘Battleground’ Part III
By: Andrew Whitelaw  | August 24, 2021 9:35 am

Banma Duoji brings an impressive record into his ONE Championship debut. The Chinese strawweight has won 13 fights out of 15 and is extremely ambitious,

“After three or four fights, I want to earn the right to compete with the champion. I would like to be the next ONE strawweight champion and bring honor to my country,” he said.

At ONE: ‘Battleground’ Part III he faces former strawweight champion Dejdamrong Sor Amnuaysirichoke. The 22 year old admits that nerves are a factor as he prepares for his promotional debut,

“Of course, thereâ€™s a little bit of pressure for me. I havenâ€™t fought for almost two years and that makes me a little nervous (about) facing such a high-level opponent but I havenâ€™t missed a day of training. Iâ€™ve been training very hard.” 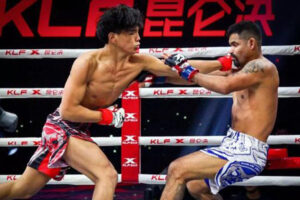 Dejdamrong was the inaugural ONE Championship strawweight title holder. But he lost the title in 2016 and his form has slipped in the subsequent years.

Duoji has watched his opponent’s fights and doesn’t sound too concerned about the threat posed by the Thai veteran,

â€œI think his strongest part is his Muay Thai. His knees and elbows are pretty powerful. My main strategy is to prevent these attacks and utilize my right-hand strikes. I donâ€™t think it will be a big problem.â€

Duoji is six inches taller than Dejdamrong and 20 years younger. He thinks his speed and stamina will give him a big advantage against the former champion,

“Compared with him, I think I have a great advantage with my height and reach. I think I am faster than him and have better endurance. But his weaknesses; I would say his grappling and his wrestling. Itâ€™s not going to be better than mine, so I will find his weakness on the ground.” While several of his compatriots have signed with the UFC recently Duoji is adamant he has found the perfect platform to showcase his talents,

“I consider ONE Championship the best promotion with all the best fighters and I am one of them. Itâ€™s my first time joining such a high-level promotion (but) I think I will turn that pressure into motivation, and I will put on a very good show.”

Dejdamrong has been knocked out a couple of times in recent years and Duoji thinks the ‘position of his punches’ leaves the Thai fighter vulnerable to counters,

“A lot of people say that heâ€™s a Muay Thai-style fighter, but heâ€™s been fighting MMA for a very long time, so he must be very well-rounded. IÂ think the position of his punches is not so good. That might be another advantage for me.” 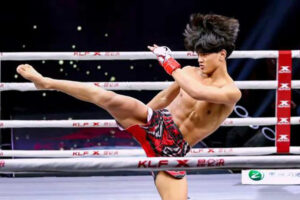 While Xiong Jing Nan has held the strawweight title for several years her male compatriots have yet to make a similar impression. Duoji’s record is impressive, he has youth on his side and the 22 year old is determined to show the ‘power’ of Chinese fighters,

“I came to ONE Championship to show the power of China and show some of my new techniques.”