Captain Petchyindee looks to continue his strong run of form next Friday when he challenges Alaverdi Ramazanov for his bantamweight kickboxing title title in the headline bout of ONE: ‘Unbreakable’. Their fight will headline the card at the Singapore Indoor Stadium.

Captain made an impressive ONE Super Series debut when he knocked out Petchthanong Petchfergus inside six seconds at ONE: ‘A New Breed’ Part III back in September. He comes into this match on the back of an impressive win over Sangmanee Sor Cafemuaythai in Thailand.

Thailand is currently in the middle of a second wave of Covid-19 but Captain and his team at Petchyindee Academy have been working hard to make sure he is ready. He has been sparring with undefeated boxer Sangathit Lukkongsaidin to sharpen his hands and is likely to pressure Ramazanov right from the opening bell.

Captain’s trainer Kongpipop Petchyindee gave some more insight into the plan for this particular fight,

“Alaverdi is tall and uses the ring a lot, moving away all the time. He has an awkward style and looks a little unnatural. We will look to keep constant pressure on him, come in with the jab and look to attack the body to slow him down and also attack his legs with low kicks. I don’t think he will be able to deal with the pace and pressure over five rounds.” 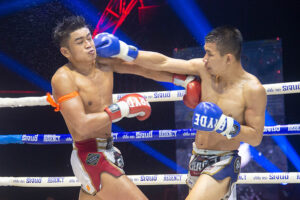 Nuttadej Wachirarattanawong, the owner of Petchyindee Academy and Captain’s manager, is also very confident going into the fight,

“I am very confident for this fight. Captain has been working very hard and is in great shape, he has also been fighting consistently this year. Alaverdi has not fought in some time now and I think the ring rust for him as well gives us an extra advantage.”

There has also been some speculation in recent months about Captain’s drop in weight with the possibility of him going down even lower, possibly to 135lbs, but Nuttadej explained that they are happy with the weight they are at now for the time being,

“We wouldn’t totally rule out going down even further, but while he has plenty of opportunities now, it is better to fight at this weight, it is not too difficult to make and he still has plenty of energy for the fight and with the difference in making weight for ONE Championship compared to In the stadiums it makes more sense, but if in the future, there are no more fights left for him or there is a big fight everyone wants to see, then maybe we could look at going a little lower. We want to put on a good fight and entertain the crowd and right now this is the best weight to do that.” 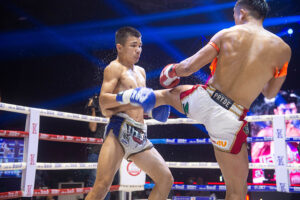 Captain has also studied Ramazanov and is confident he has what it take to get the win,

“He has an awkward style and has good speed, I know I am a lot more experienced though and I am sure I will be better at keeping the pace over five rounds. I am going to come out fast from the opening bell and look to pressure him all the time and wear him down, by attacking the body and legs. I don’t think he will be able to handle the pressure.” 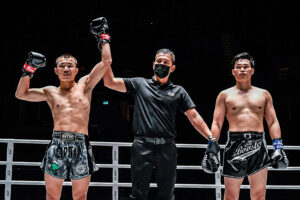 Outside of this fight Captain has his eyes on another big match up back in Thailand once the Covid-19 restrictions ease again. The big talking point recently was a match against rising star and the newly crowned Sports Authority of Thailand boxer of the year Kongklai Ennymuaythai.

“I want to fight Kongklai though I’m not sure of it will happen yet. It would be an easier fight for me than Sangmanee as Kongklai likes to come forward and trade more. I think I have the edge in heart and also more experience than him.”

The big match for Captain though if he does beat Alaverdi would be a clash with his countryman ONE bantamweight Muay Thai champion, Nong-O Gaiyanghadao and a chance to become a two sport world champion. It’s a fight Captain wants and feels he can win, but he’s not in a rush for it to happen, 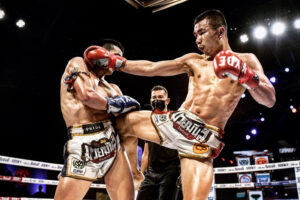