ONE: ‘King of the Jungle’ is set for the Singapore Indoor Stadium on February 28th. Some new names were added to the card this week with Denice Zamboanga replacing Meng Bo.

Zamboanga (6-0) will face Mei Yamaguchi (21-11-1) in an atomweight contest. This is the third time that a fight between the Japanese veteran and Bo has fallen though.

Also added to the card is a strawweight encounter pitting Dejdamrong Sor Amnuaysirichoke (11-5) against Stefer Rahardian (9-4). Both men are coming off wins.

As previously announced Stamp Fairtex will defend her atomweight kickboxing title against Janet Todd in the main event of ONE: ‘King of the Jungle. In the co-main event Sam-A Gaiyanghadao is set to challenge Rocky Ogden for the inaugural strawweight Muay Thai title.

Local favourite Amir Khan (12-6) has been booked to take on ONE Warrior Series veteran Kimihiro Eto (16-5-2) in a lightweight fight. Yoshihiro Akiyama (14-7) will be looking to score his first win for the promotion when he faces Egypt’s Sherif Mohamed (9-5) in a welterweight bout.

Meanwhile Japanese strawweight Ayaka Miura (10-2) will be looking to make it two wins in two months when she faces Singapore’s Tiffany Teo (8-1) in another potential title eliminator. 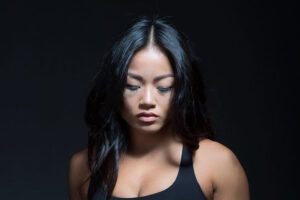