Marlon Moraes is training in Phuket to prepare for his UFC Vegas 50 bout with Song Yadong. The Brazilian is based at Tiger Muay Thai and he appears to have made a new friend,

Moraes shared a photo of him posing with an elephant:

Moraes has a make or break fight coming up on March 12th (local time). He has been stopped in his last three fights and could potentially be handed his UFC walking papers if he loses another.

In order to prepare for this pivotal bout he has been training at Tiger Muay Thai alongside interim UFC bantamweight champion Petr Yan. The 33 year old hasn’t won a fight since 2019 but will be hoping the training in Phuket can turn his career around. 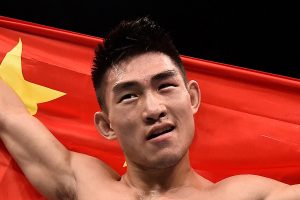