Knockout: ‘2019 Spring’ is set for April 29th in Tokyo. The show will feature the final of the lightweight tournament that pits Thailand’s Yodlekpetch Or Pitisak against Korea’s Chang Hyung Lee.

This week a super fight was added to the card that promises to be a big draw for the fans. Yosuke Mizuochi will take on Hiroto Yamaguchi. The latter is coming off an impressive TKO win over Masa Sato.

Yamaguchi (21-13, 15 KO) made it to the semi-finals of the super lightweight tournament last year. He is known for his wild, aggressive style and his refusal to give up under the most intense punishment.

He is a WBC Muay Thai Super Lightweight Champion and a Rizin veteran and it’s also worth noting that, since 2015, none of his fights have been the distance. Former Rebels <65kgs champion Mizuochi (37-33-2, 20 KO) will be his opponent.

He is a Knockout veteran and his last fight was a Round TKO loss to Rizin star Kaito. That defeat snapped a two fight winning streak and he will be looking to establish his super lightweight title credentials with a win over Yamaguchi.

At Knockout:’2019 Winter’ Yodlekpetch and Chang Hyung Lee both booked their spots in the tournament final. The former defeated Altandulguun Boldbaatar by decision while the latter stopped Yosuke Morii. 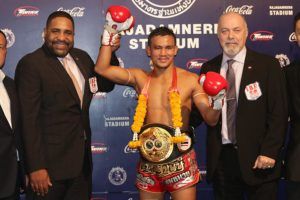 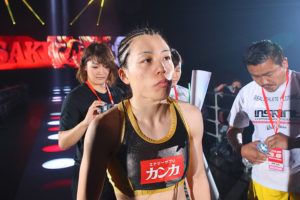