The evening show of ONE: ‘Century’ will treat fans to four all-Japanese super-fights as a quartet of Shooto champions battle their counterparts from the Pancrase organization, with US$50,000 on the line for each winner.

Ahead of the festivities that are set to take place at the iconic Ryogoku Kokugikan, take a look at the homegrown talents who have the most to gain when they enter the ONE Championship cage on October 13th.

Yosuke Saruta has been a revelation on the ONE Championship stage since his arrival in 2018, defeating former strawweight kingpin Alex Silva by way of a one-sided unanimous decision last December.

Over a month later, Saruta answered the call to challenge Joshua Pacio for the strawweight strap on short notice, and he did not disappoint. The Japanese ousted the Filipino phenom via split decision, becoming a world champion in only his second outing under the promotion’s banner.

Although he succumbed to a fourth-round knockout loss in his rematch with Pacio this past April, Saruta still has the Shooto strawweight belt in his possession that served as his ticket to ONE: ‘Century’.

Saruta may know what it is like to compete in ONE Championship, but his next outing will not be a walk in the park as he is slated to take on the newly-minted Pancrase strawweight titlist Daichi Kitakata.

Kitakata fell short in his first try to become the Strawweight King Of Pancrase nearly three years ago but made no mistakes the second time round. The 28 year old scored fifth-round stoppage of compatriot Mitsuhisa Sunabe earlier this year to claim the silverware.

A victory for either Saruta or Kitakata would make a huge statement, and the winner could become the number one contender for Pacio’s strawweight title. 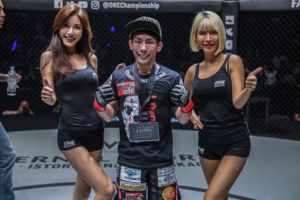 Shooto bantamweight champion Shoko Sato needs no introduction to the ONE Championship audience as he made his triumphant promotional debut at the expense of Mark Abelardo last May, stopping the Filipino-Kiwi stalwart in the second round.

He will be representing the respected Shooto organization on October 13th as he is booked to lock horns with Bantamweight King Of Pancrase Rafael Silva.

This past July, Silva had to dig deep in order to extend his reign, putting Yuto Hokamura to sleep with a tight arm-triangle choke in the second round.

Both men are on good form and have finished their last few opponents inside the distance. They are two of the top bantamweights on the ONE Championship roster and the winner will be entitled to call for an immediate title shot.

Hiroyuki Tetsuka gets wish to fight on a much bigger stage

Hiroyuki Tetsuka has been very vocal about his desire to strut his wares for any major MMA organization in the world ever since capturing the interim Pancrase welterweight championship last June.

With ONE Championship striking a talent exchange deal with Pancrase earlier this year, Tetsuka’s wish to perform in front of a global audience was made possible. At ONE: ‘Century’ he faces former Shooto Brazil welterweight titleholder Hernani Perpetuo.

Perpetuo had a brief run in the UFC, suffering decision defeats to Jordan Mein and Tim Means. Ever since his release, he has won three of his last five bouts, including a first-round submission of compatriot Marcao Santana in a non-title tiff.

Perpetuo clearly has the advantage in terms of experience. The UFC veteran wouldn’t have been expecting an offer to compete on this card, and he will be determined to make the most of it. 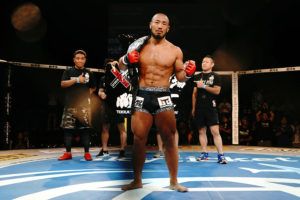 International exposure has been a long time coming for Takasuke Kume and Koshi Matsumoto, who are both mainstays of the well-entrenched Japanese MMA scene. The former holds the Pancrase 155lbs strap while the latter is Shooto’s lightweight champion

The 34-year-old Nagoya resident captured the Pancrase lightweight crown in December 2017 and was successful in his defense against Tom Santos this past April.

Like Kume, Matsumoto a veteran with 30 matches under his belt. He has been the Shooto lightweight champion since April 2015, defeating the likes of Nobumitsu Osawa, Hiroki Aoki, Yuki Okano and Naoyuki Kotani but has not fared so well with promotions like PXC, VTJ, Heat and Rizin.