Petr Yan’s rivalry with Aljamain Sterling is set to reach a climax at UFC 273 following years of back-and-forth on Twitter and a first fight back in March 2021 that ended with the Russian losing the bantamweight title due to a disqualification.

Yan is one of the biggest success stories to come out of Tiger Muay Thai in Phuket. The Russian arrived on the island in 2014 when he was just 21 years old.

At the time he was still a raw talent with only one professional fight to his name. Having first won the UFC bantamweight belt with a knockout victory against the legendary Jose Aldo at UFC 251, he now seeks to become the undisputed champion once more,

“The camp went great. We had been in Thailand with my team for almost three months. The final stage of preparations is taking place here in the US. Overall, everything is perfect. Full energy as always,” Yan told UFC Embedded. 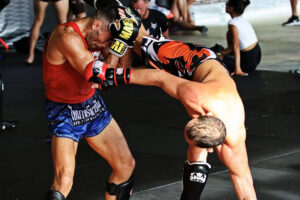 Yan beat Cory Sandhagen via unanimous decision at UFC 267 to win the interim strap. The performance added weight to a mounting theory that Yan might be one of the best bantamweights of all-time.

As well as Aldo, he boasts wins over the likes of stalwarts like John Dodson, Jimmie Rivera and Urijah Faber. The 29-year-old was also winning convincingly during the first encounter with Sterling before being penalized for an illegal knee to the downed American’s head.

There’s clearly animosity between the pair, and Yan is clean to draw a line under what’s been an ongoing saga in his career,

“I believe Aljamain won’t force events from the first round, like he did before. For me it’s important to enter the fight and beat him. To close this chapter for the public and for myself, to get the belt back and move on.” 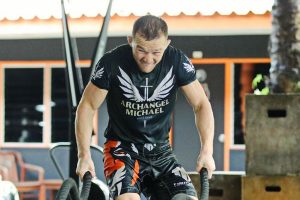 Yan doesn’t just want to become the unified bantamweight champion. He wants to do it in style and put on a performance the audience will remember,

“I think my fights are never boring. This rematch won’t be an exception. I hope fans will remember it as intense and entertaining.”

Yan began training taekwondo at a young age. Having grown up in a rough part of Russia, the young martial artist says he was frequently getting into street fights,

“When I was studying every night at the night club, we fought there it was the best experience,” Yan said as he pointed out various hand injuries. 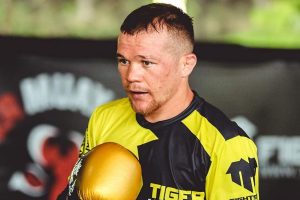 Yan is often described as an exceptionally hard worker and frequently posts training videos that showcase his incredible strength and stamina. But he is looking forwards to breaking his diet and plans a calorie packed celebration,

“After the fight I will eat burgers, french fries and coke original, pizza, meat, everything!”